Aven Colony is the epic story of humanity’s first colonization and settlement of a new world outside the solar system. Jonathan Birkenstamm gives his initial thoughts.

Aven Colony is a city-building colony management game developed by Mothership Entertainment and now being published for the Xbox One, PS4, and PC by TEAM 17. Aven Colony is slated for a Q2 2017 release and I have recently been playing the Beta version of the game.

In Aven Colony, you are tasked with governing a colony on an alien planet called Aven Prime. The gameplay reminds me of games in the past such as Stronghold, Tropico, and Zeus: Master of Olympus. But the goal here is not to conquer the world with military prowess or economic power but to survive on an alien planet and keep your colonist happy and healthy. So, money is nowhere to be found in Aven Colony. The four most important resources that are needed to keep any colony running are Power, Food, Water, and Nanites. The first three we all should know, but Nanites are used to construct your buildings and pathways. All of these resources can be produced on your colony, making your colony a self-sustained one.

Before you jump into colony management, you have a choice to either play the mission-driven mode or sandbox mode. The mission-driven mode, as you would expect, is where you are tasked with completing specific missions, and once each one is complete the game rewards you with resources. In the sandbox mode, you can setup your game any way you want and play it any way you want, giving you free range on how you want to play the game. 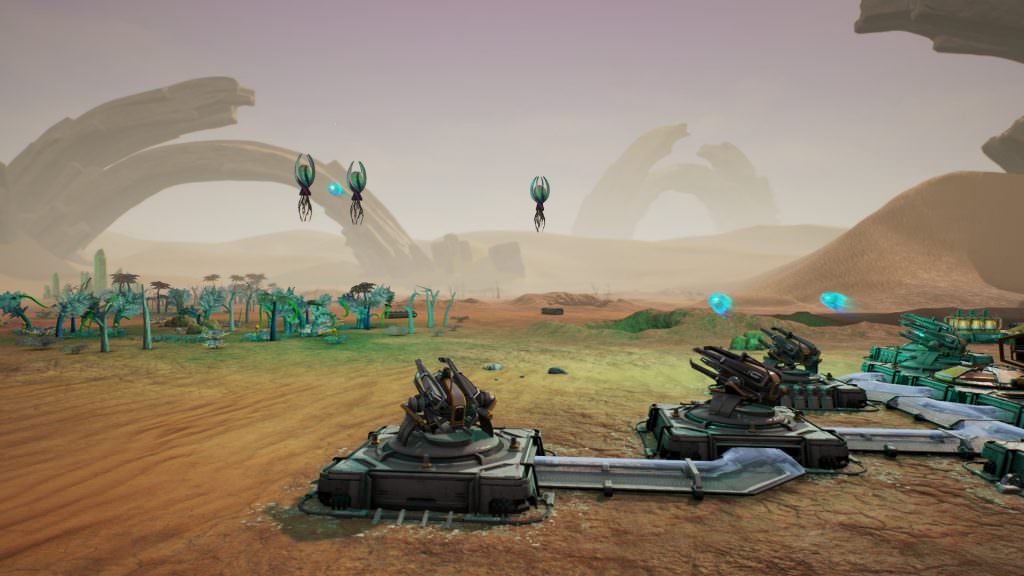 No matter which mode you decide to play, the gameplay boils down to one thing, surviving on an alien planet. It’s easy to just build and build and build to your heart’s content. But what makes Aven Colony a challenge are the long days. See, one day (or sol) on Aven Prime will go through about four seasons on Earth. First is spring, then summer, and Fall, then as the sun goes down Winter hits. Winter is the harshest of the seasons, it impairs your crop growth and reduces the amount of power your solar power generators produce. So you have to make sure you have enough power reserve or buildings start to shut down, and the most important part, enough storage of food for your colonist or they will starve.

You can build greenhouses that produce 50% less during the winter season (unlike farms that produce nothing), but they are costly and use a lot of power. Not only do you have to deal with power and food, electrical storms and ice shard storms will rain down on your colony during the winter as well. Surviving the Winter season on Aven Prime is tough, the key is to make sure you have enough food, power, water, and other resources to get through it. So, during the Spring, Summer, and Fall season you are pretty much preparing for the Winter season. But don’t think you are safe from anything during those seasons either. Toxic gas eruptions, alien fungal infestations, and plague spores are just a few of the things you have to protect your colony from as well. Not that easy to survive on an alien planet now, right governor?

But the fun doesn’t stop there. Not only do you have to make sure your colony is powered, have enough food stored, and water to drink, you also have to worry about keeping your colonists happy. And how do you do this? Well, provide enough food, power, water, entertainment, jobs, living quarters, etc. Because if you don’t, they will start to protest and when a referendum comes around, vote your ass out. Keep the colonists happy and you will be voted to stay in as governor to continue the main mission. Expand your colony and survive on Aven Prime. 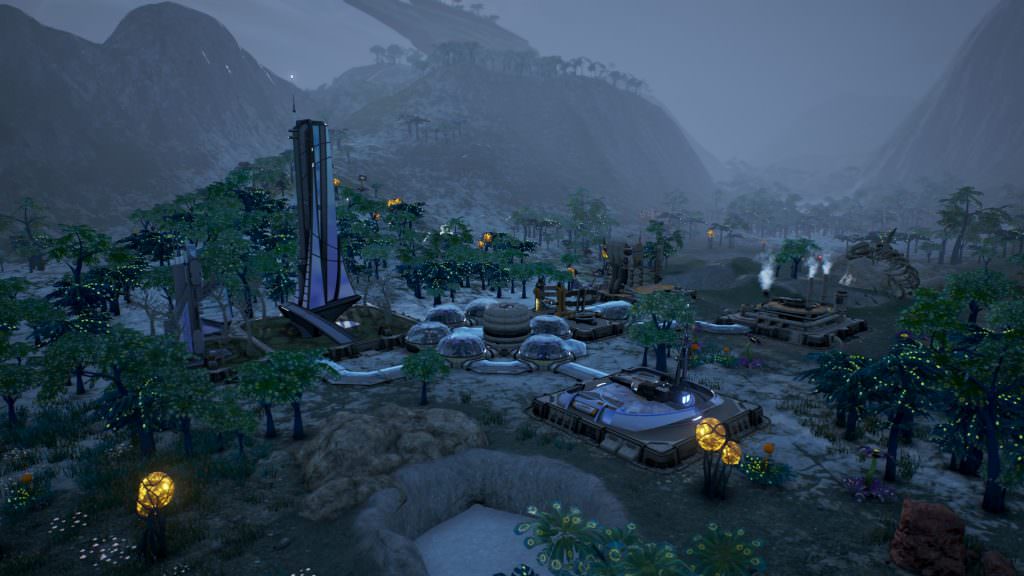 Aven Colony is being developed on the Unreal 4 Engine and the graphics look pretty good. It runs pretty smooth as well until I got to about 300+ population in my colony. This is when things started to get a little sluggish, but since this is a beta, Mothership Entertainment still has time to fix this. And speaking of updates, they are getting ready to add more features to the game as well in the coming future.

Aven Colony has been in the making for the last few years by a four-man team who are veterans of the industry, and it shows that they know what they are doing. I had a fun time playing through the beta and can’t wait to check out the updates in the future. Even though this is an indie game, Aven Colony is one game you should keep on your radar when it releases later this year.