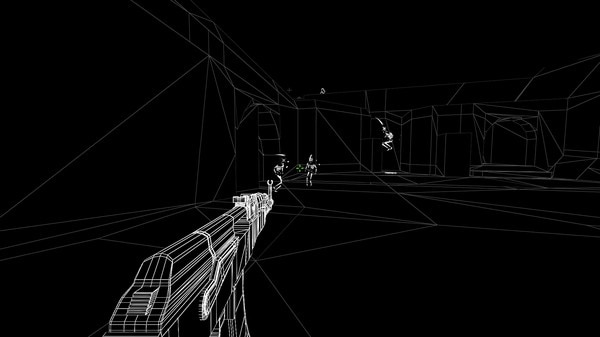 Developers SCRNPRNT have announced that DUSTNET, a brand-new, asymmetrical multiplayer deathmatch title that supports cross-platform play between PC, VR and AR will launch on July 16th.

DUSTNET has come a long way since it began life as a de-make of Counter-Strike, existing as a single permanent online server. The game explores the player’s relationship to virtual space, specifically the resilient Counter-Strike map Dust II, which the DUSTNET name derives from. It is intended to exist as an everlasting space that players can congregate in, with the developers having noted that after the game is long abandoned by its players, it will remain online and preserve the ruins of Dust II for anyone to visit.

While this is interesting enough, it’s the abstract nature of the game’s visuals that caught my eye.  It’s stripped back, bare-bones style sets it apart from the hyper-realistic or cartoon-inspired visuals of other titles in this space.  Being able to play in virtual reality with gamers using PC monitors is a nice bonus, too.

DUSTNET launches on July 16th and will be available on Steam, App Store, and Google Play.