The floodgates have opened for Destiny 2 reviews across the interwebs!  I’ve been blessed to have got my hands on Destiny 2.  Here is my review-in-progress.

Firstly, I should make it clear that I’m only 20-some hours into Destiny 2 at the moment, and the servers have only been up for a portion of that time.  While it is nowhere near the horrendous amount of time I know I’ll be spending with Destiny 2 (especially if my Destiny play time is any indication!), I’m already feeling comfortable enough to share my initial thoughts.

First, the good.  Destiny 2 has clearly taken cues from the original with the narrative, which meets the same high standard set by The Taken King DLC.  Clocking in at roughly 10-12 hours, it will undoubtedly scratch the itch of many fans.

Secondly, as fans of the original would expect, Destiny 2’s gunplay feels exceptional.  Weapons pack a punch and clearly each have their place in the player’s arsenal.  While the days of jetpack and shotgun spamming are long done, I found myself having a blast cycling through the weapons on offer and experimenting with different strategies against the enemies.  On occasion, rushing enemies is as tactical as you need to get, while others require a bit more tact. 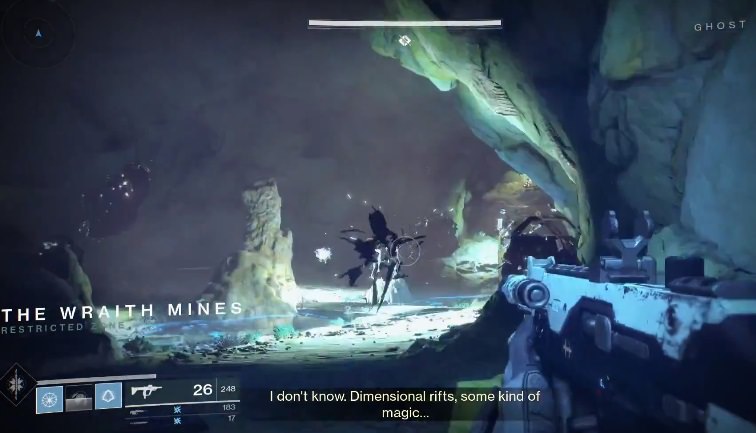 Visually, Destiny 2 is superb, as you’d expect from a AAA video game on the current generation of hardware.  Weather effects are convincing, levels look authentic and the character models of enemies and other players look almost photo-realistic.  Action is also at an all-time high, as enemy and player counts have seen a significant increase over the original.

As for PvP, the wide-variety of well-designed maps and modes make this experience – dare I say it – a much richer affair than that offered by the original.  I can see myself getting lost in Conquest for the foreseeable future; players have finite lives and need to defuse bombs.  Having a limited number of lives plus the pressure of bomb timers ticking down really ramps up the pressure.  Matches, in general, are much quicker and the rewards are just as lucrative as those offered in PvE.  It’s nice to feel a balance has already been achieved, no doubt down to the experience earned by Bungie with Destiny 1.

Destiny 2 does have a handful of nuances.  Guns slots can change their nature – allowing primaries to become secondaries, for example – still doesn’t feel natural, though I am sure this aspect will allow extra depth for players as they seek to build the “ultimate” loadout.  Some will also miss the randomised perks and handling stats of blue gun drops, though I must personally admit that I welcome the change and it will prevent some weapons from having incredibly powerful variants to ruin the balance.

There is still so much content to cover and many more hours to play before I’ll feel comfortable giving the definitive “Buy, Wait, Avoid” verdict that GrownGaming is renown for, but even at this early stage I can’t help but enthuse over Destiny 2.  The gameplay is just as slick as I’d hoped and I can see Destiny 2 becoming a staple of my gaming diet for the foreseeable future.

Better get back to it.