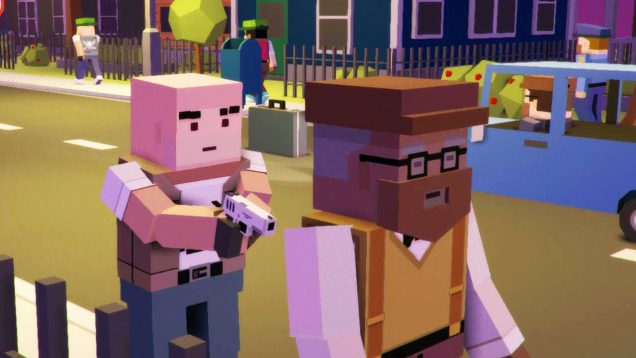 At it’s most basic, Broke Protocol is essentially a low poly GTA Online with Minecraft visuals.  At it’s most complex it’s a surprisingly strong MMO.

“You can roleplay in limitless ways to gain money, power, and influence in a diverse low-poly world,” Cylinder Studios say. “You start with nothing and have to build your wealth, while managing your hunger, thirst, stamina, and addiction levels.”

Here’s a taste of what’s to come:

The Broke Protocol Alpha has been available for free on IndieDB since October 2015.  It can now be found on Steam Greenlight and Kickstarter.  Broke Protocol is expected to launch November 2017.