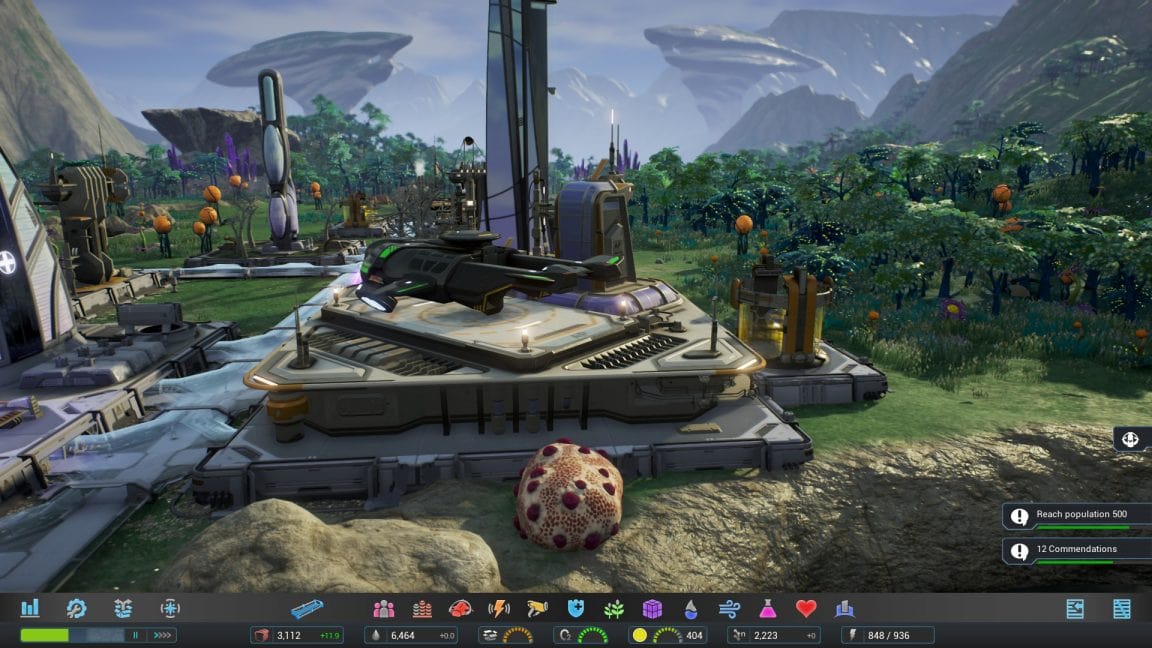 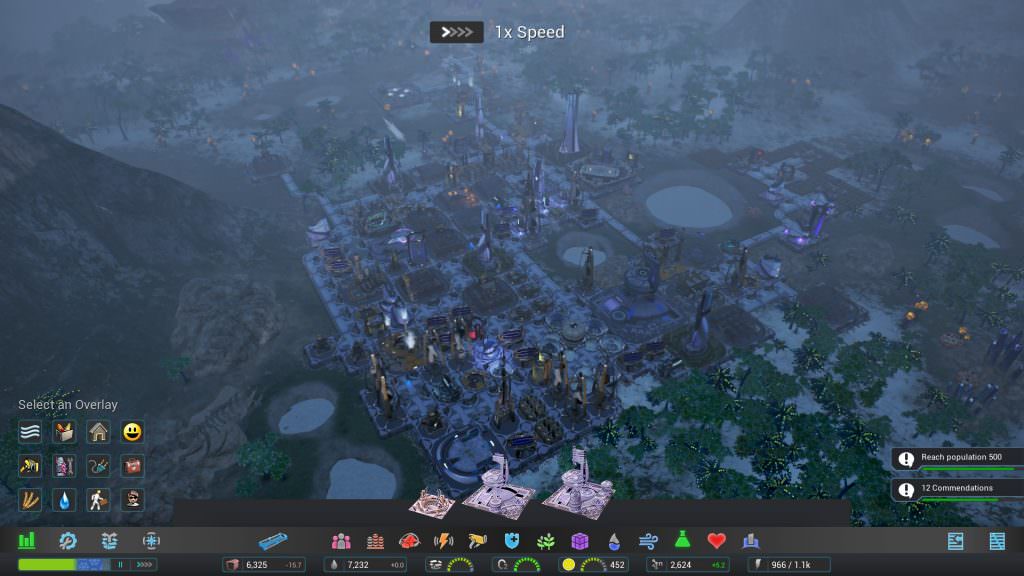 Mothership Entertainment updated the Aven Colony beta with a new Expeditions mode around March 21st, 2017.  This update allows you to build an expeditions center in your colony so a crew can explore the rest of the planet.


(If you haven’t already, please check out my full Hands-On preview of Aven Colony before continuing further.)

This is a very welcome addition to the game, but it is not as simple as just building the expedition center. The building itself is rather expensive and costs quite a bit of power to keep it running.  If you have the resources to spare, then building one of these in your colony will unlock the expeditions map. Here you can choose where your crew of colonist can explore the planet you built your colony on. 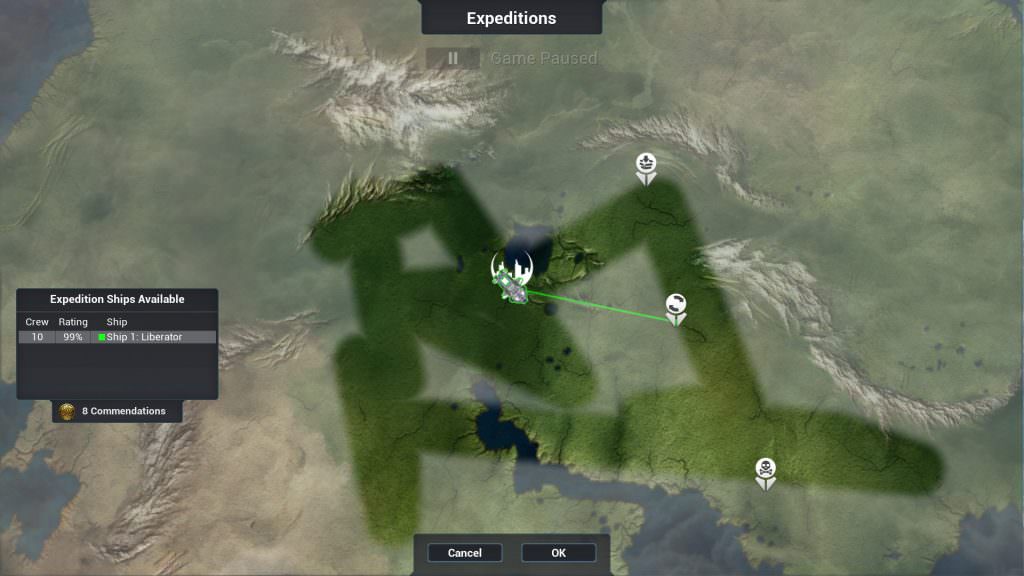 Once I built the expeditions building, right away I was given a few places to explore around my colony. One expedition was rescuing lost colonists, another was picking up lost supplies, doing this was rather simple. I would just click on the mission and then click OK. The expedition ship would then fly over to the mission and once the mission was complete a message would pop up letting me know that this expedition was done and what my reward was. I could then explore the rest of the large map and discover other expedition missions, each with their own rewards. The Expedition mode is rather simple in design and execution but is a welcomed distraction to the building and managing of your colony. 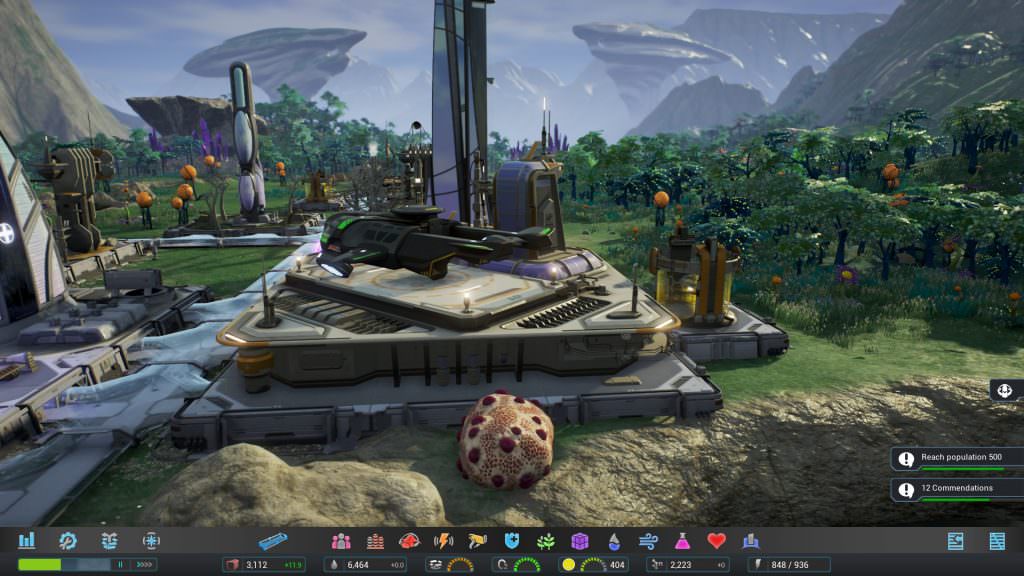 Expeditions sound easy, but sometimes your crew members can get sick and require you to fly the ship back to the colony so the sick colonist can recover. This mostly happened when I found plague spores to destroy during my explorations. Afterward, there was a chance one of my crew would get infected and this time they did. So I had to turn the ship back home. Another interesting expedition mission was confronting rogue colonist who tries to make their own colony. For some reason, these guys are hostile towards you and you must take them out. The only disappointing part about this was the fact you can’t control the fight. The game will tell you whether your expedition crew was successful or not and give you a reward if successful. I know the game is not meant for combat, but maybe this will be added in a future DLC. 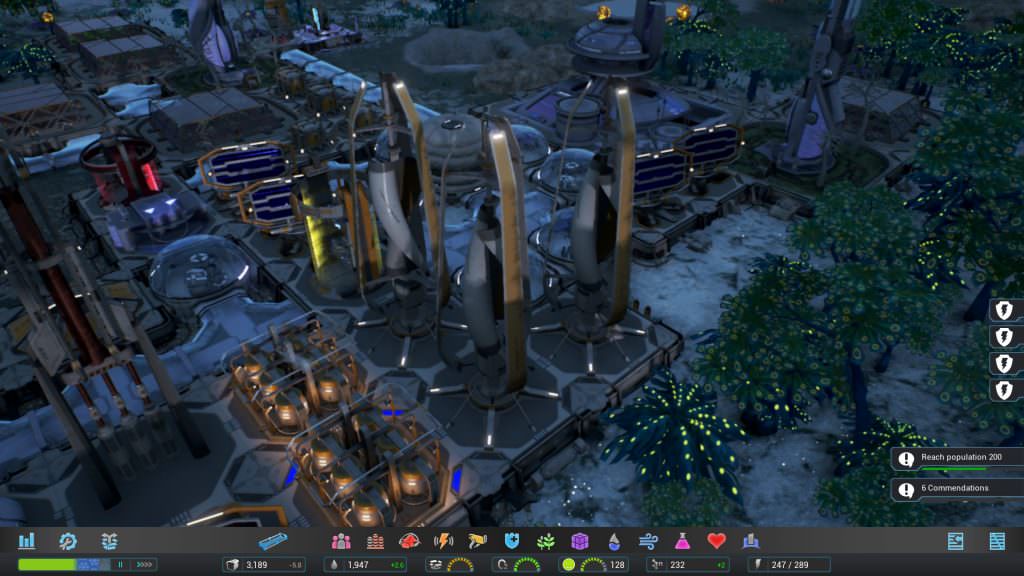 With this update, the Devs also included the long-awaited Wind Turbines. These are cheap and provide little power but work all year around and are not affected by the Winter Season like Solar Panels are. Also, you can now build an alien artifact containment building, to house artifacts you can find during your play. This was once done by the Lab, but in this update, they have separated that function into its own building.

Since this March 21st update, a few other updates have come out that improve performance and bug fixes. It would seem Mothership Entertainment is gearing up for their Q2 2017 release.

I for one can’t wait for the full version of Aven Colony to come out. When it does, I’ll be sure to share a full review.