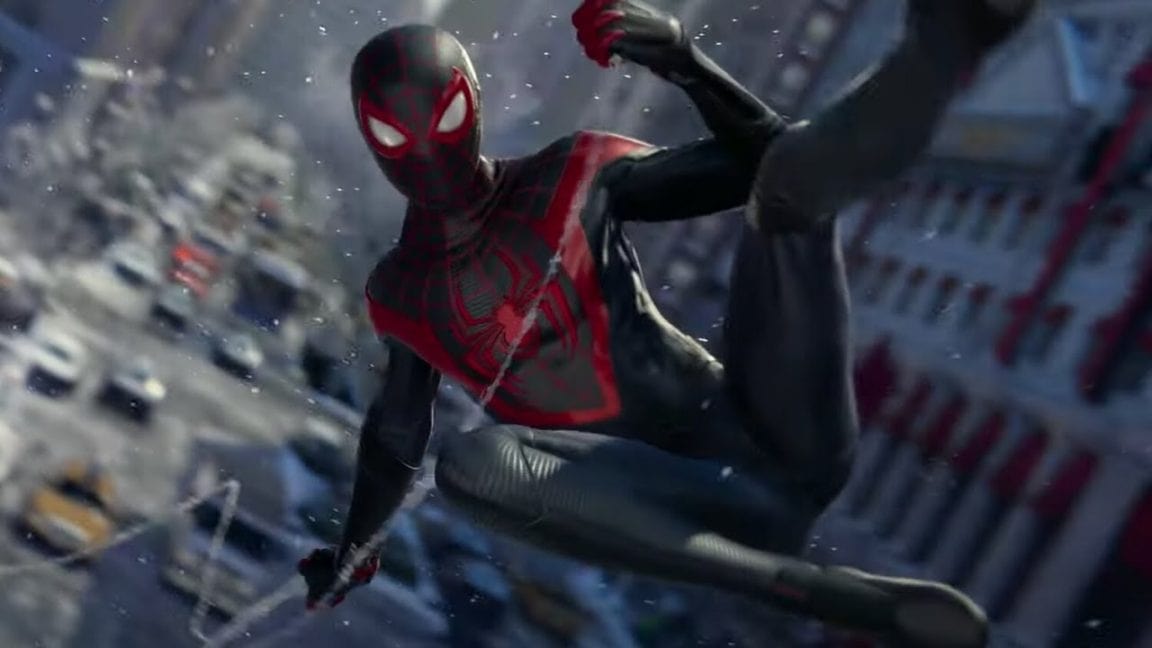 2020 has been a bit, well, rough, but we have been blessed with several exceptional video games to see us through days lost to lockdown.

As we head towards the end of the year, the release schedule shows no signs of losing momentum as Microsoft and Sony gear up for the next-generation releases of the Xbox Series X (and S) and PlayStation 5 on 10th and 12th November 10 respectively.

New consoles inevitably come with a roster of new titles geared up to make the most of the more powerful hardware.  If the 5 best games coming in November 2020 are any indication, the coming months are going to be memorable indeed.

Despite Cyberpunk 2077 having been delayed, there are still several games to get excited this coming month.  Here are the 5 best games coming in November 2020 that we’re most excited about.

Godfall seems to fly under the radar when most people speak about next-generation titles – in fact, it didn’t even feature in this article until Cyberpunk 2077 was delayed to next month.  But, that doesn’t mean that Godfall isn’t worth picking up this November.

Godfall is a third-person action-RPG looter-slasher that was the first title confirmed for the PlayStation 5 during the 2019 Game Awards.  It has drawn similarities to Destiny and Monster Hunter and also has synergies to Warframe.

Developer Counterplay Games will need to get the balance of loot and grind perfect to ensure that Godfall doesn’t fall into obscurity on release as Anthem did.  If they can tune the gameplay loop to be both rewarding and fun, Godfall has the potential to be a game that gamers are playing months, if not years, after release.

Godfall releases on 12th November 2020, alongside the PlayStation 5.

One of the most hotly-anticipated games coming in November 2020 is FromSoftware’s remake of the frustratingly difficult and immensely rewarding Demon’s Souls.  The gothic masterpiece that kickstarted the tough-as-nails genre that bears its name is being completely rebuilt with improved graphics, higher resolutions, improved framerates and even raytracing.

Demon’s Souls aims to be the perfect entry-point for those new to the Souls-like genre while also aiming to appease veterans who have been persevering through repeated deaths since the original launched back on the PlayStation 3.

Expect Demon’s Souls to be a game that fans are speaking about for years to come.

Demon’s Souls releases on 12th November 2020, alongside the PlayStation 5.

Sega is mixing up the Yakuza formula with Yakuza: Like a Dragon.  Gone are protagonist Kazuma Kiryu and the setting of Kamurocho, replaced with the unknown Ichiban Kasuga and a reimagining of the city of Yokohama.

If that departure from the original seven entries wasn’t big enough, the familiar real-time battle system has been replaced with a turn-based RPG combat system.  In line with the new combat system, players control up to four party members who can be assigned with different character classes.

The switch in setting, main character and gameplay aim to freshen-up the Yakuza formula that has remained fairly consistent for the past 15-years.  Time will tell when the changes will have been too drastic for long-time fans of the franchise.

Yakuza: Like a Dragon releases on 10th November 2020 for the PC, PlayStation 4, Xbox One and Xbox Series X, with the PS5 release coming on 21st March 2021 as a free upgrade for those who purchased the PS4 version.

Marvel’s Spider-Man: Miles Morales for the PlayStation 5 is probably the most anticipated launch game for this generation, despite also launching on the PS4.  Insomniac Games first Spider-Man game, Marvel’s Spider-Man, was phenomenal, featuring a memorable story, intuitive gameplay and exciting combat.  More importantly, it nailed the ability to web-sling through New York City.

Marvel’s Spider-Man: Miles Morales stars, you guessed it, Miles Morales in a new story that immediately follows the events of the first game’s The City that Never Sleeps DLC.  If you haven’t played the DLC yet, definitely pick it up before the sequel drops.

It has been mentioned that Marvel’s Spider-Man: Miles Morales is not a full-length blockbuster in the vein of the original, however fans of the original can still expect a riveting story filled with an unforgettable cast of characters, backed by the PS5’s enhanced power to deliver improved load times and ray-tracing.  Marvel’s Spider-Man: Miles Morales promises to be a must-play launch title and one that will showcase all that the next generation has to offer.

You knew it was going to feature on this list somewhere, didn’t you?  Assassin’s Creed: Valhalla has had tongues wagging ever since it was first announced in April 2020.

Ubisoft’s decision to move away from annual Assassin’s Creed releases has paid dividends, as Origins and Odyssey were free of the sense of fatigue that seemed to linger in prior instalments and has helped to re-position the series as a AAA franchise worth getting excited about.  Assassins Creed: Valhalla aims to take this to the next level, even going so far as to draw comparisons with The Witcher 3.

Assassin’s Creed: Valhalla switches to Britain in 873AD and tells the story of a Viking raider named Eivor.  Players will still be able to utilise stealth mechanics in the expansive open-world, but Valhalla also introduces the ability to dual-wield weapons to take on groups of enemies.  With this in mind, Valhalla appears to be continuing to stray further from the formula of the original Assassin’s Creed games, which may not appeal to fans of the original instalments.

Assassin’s Creed: Valhalla releases on 10th November 2020 for PC, Xbox One, Xbox Series X, PlayStation 4 and Google Stadia, and for the PS5 on 12th November 2020.

Which games will you be picking up with November?  Let us know over on Twitter!