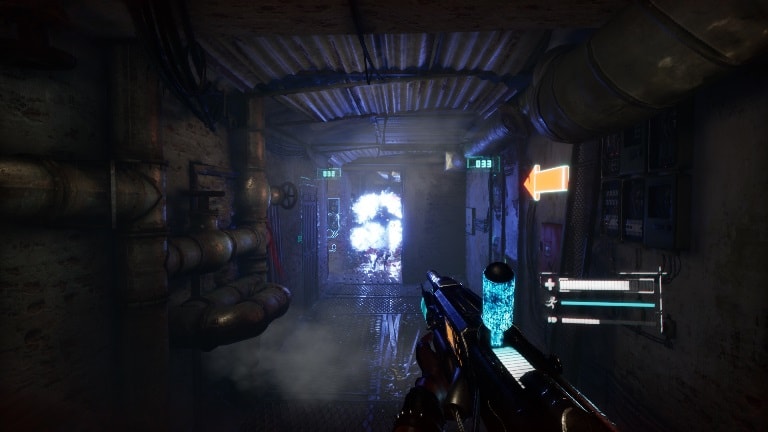 2084 is a Cyberpunk First-Person Shooter prototype developed and published by Feardemic. Apparently, this game was completed within a 72-hour Game Jam, which is pretty impressive for what it is. But that still doesn’t excuse it from some poor game design decisions.


For some reason, the developers thought it would be fun to make every interaction in the game, except firing your weapon, a QTE (Quick-Time Event) hacking action. If you want to get ammo, health, and interact with items in the world, then all those actions must be hacked. Hacking is accomplished by pressing the up, down, right, and left keys that show on your screen within a few seconds. Screw up the QTE hacking and you have to start over with a new random set of up, down, right, and left commands. It gets annoying and slows down the game. To make matters worse, in order to start the hacking QTE you have to shoot a hacking device at the object you want to hack. If you miss, then you have to wait a few seconds to be able to shoot this hacking device again. Sometimes even if you hit the item it doesn’t always trigger the hacking QTE. 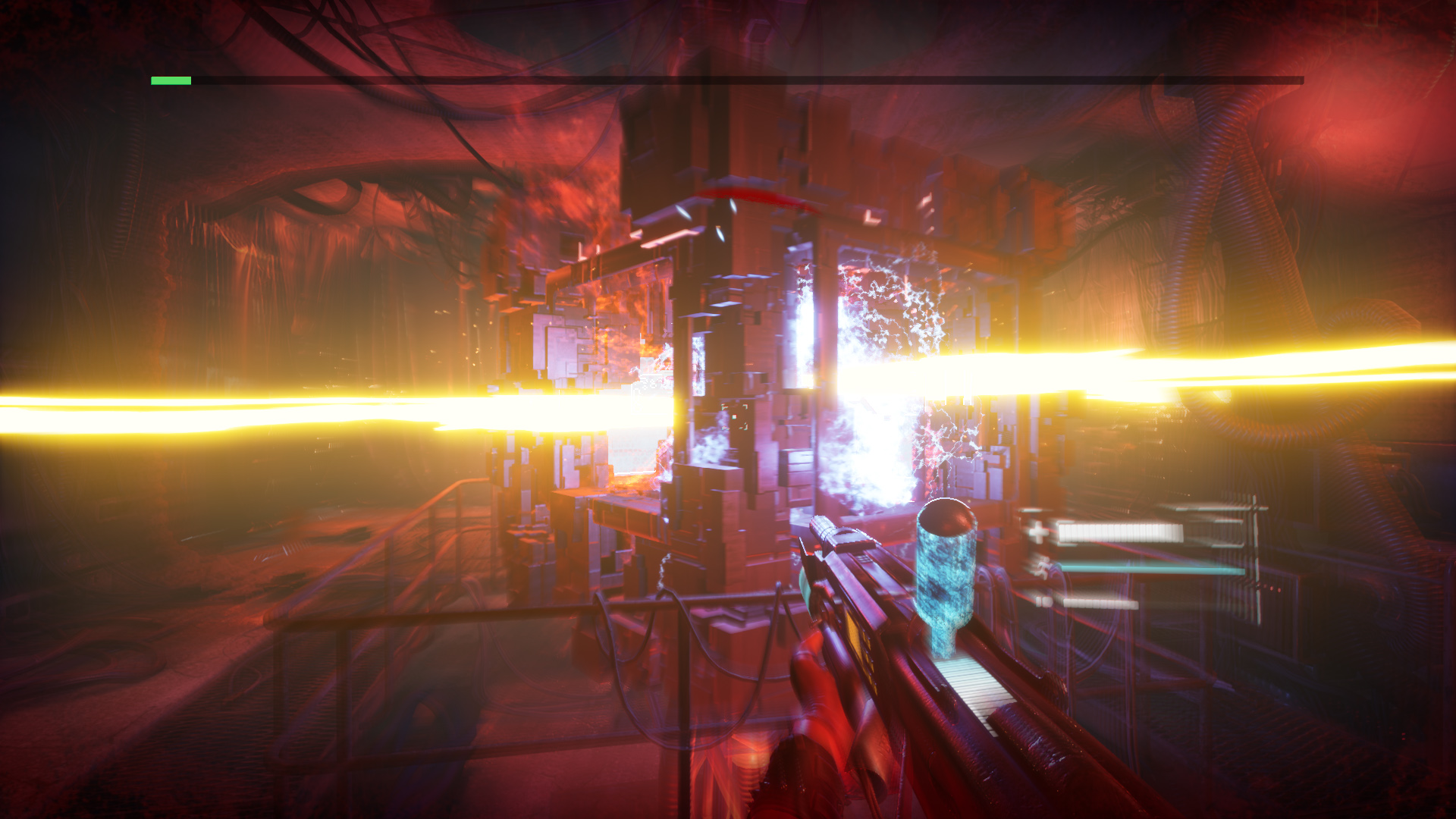 Thankfully 2084 is short, like a few levels short, because after an hour of playing this game I got really annoyed with the QTE hacking actions. The game also got pretty boring because you fight only three types of enemies. Not including the three bosses you will fight, which were the only exciting enemies in my opinion. And there is only one gun that you will use as well through-out your play through. In total 2084 should only take about one or two hours to beat. 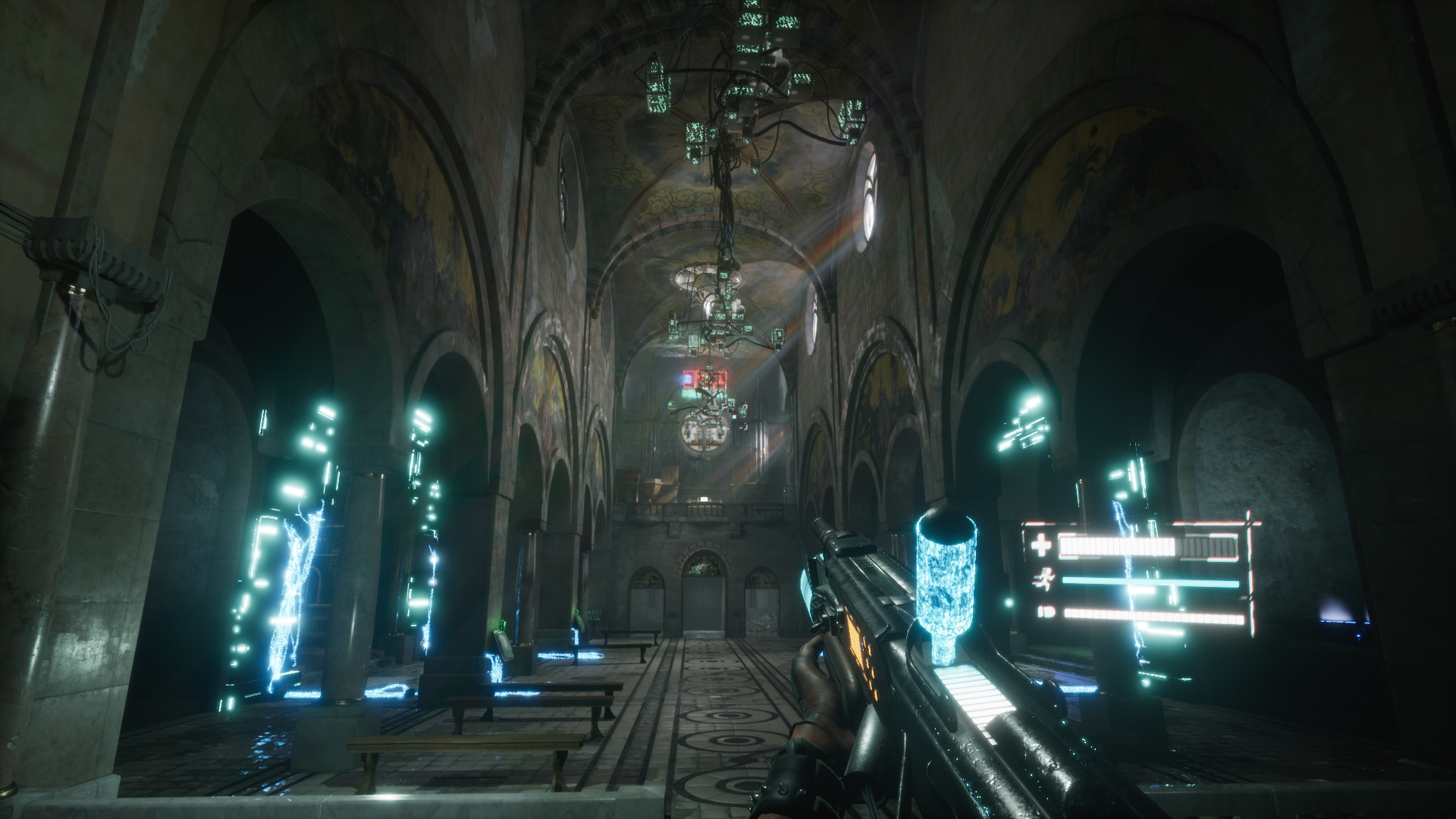 Though, even if 2084 is in Early Access, there is no sign of a road-map. Even on the game’s forums customers are asking where is the road-map for 2084. More than a month since it’s launched and the developers haven’t said a peep about where this game’s development is headed. And they expect to have it finished within 18-24 months. 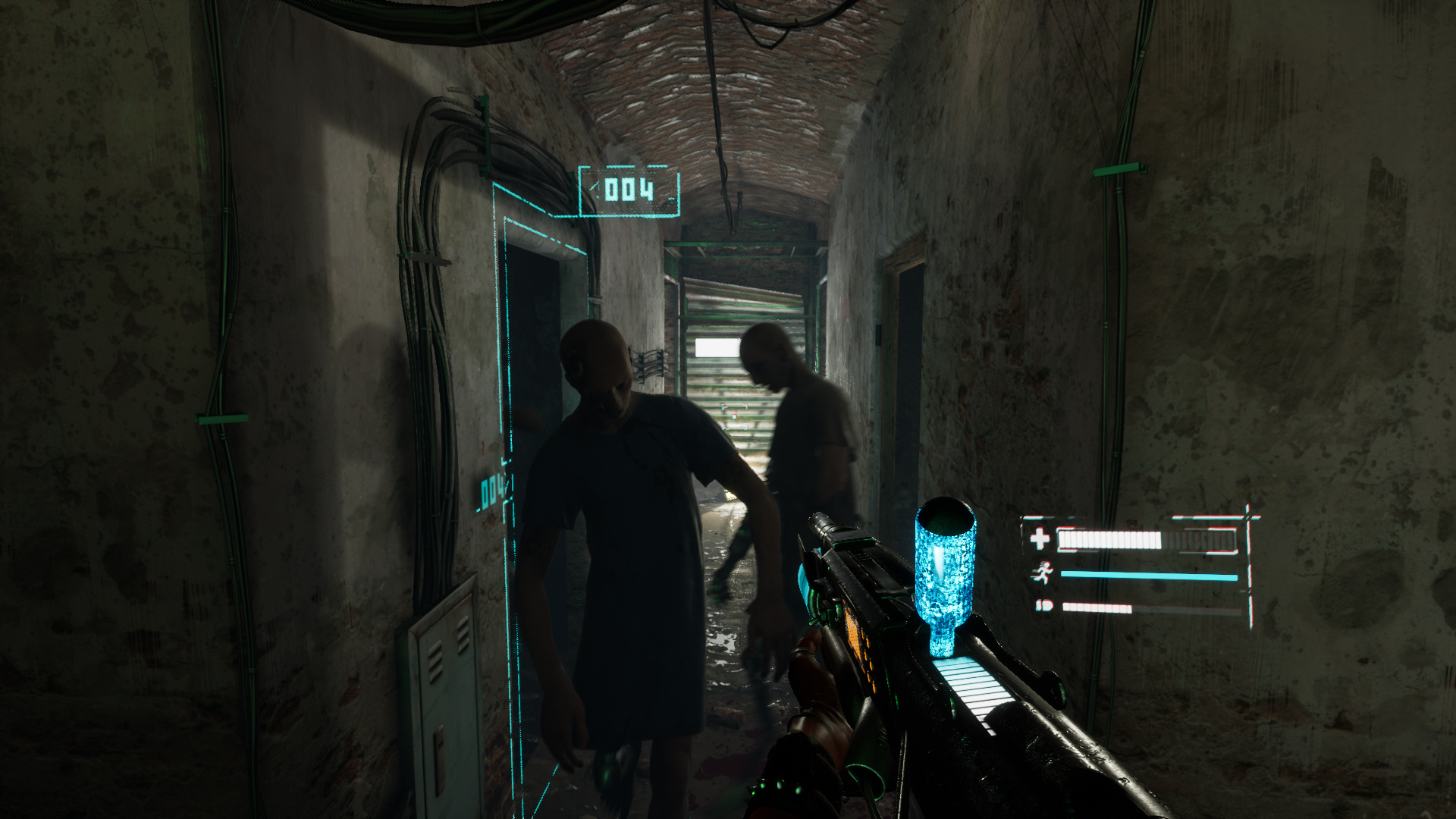 As of now since the writing of this preview, I feel 2084 isn’t worth the $10 asking price. A lot of work is needed to get this game in a fun and action-packed state before even supporting it. It is clear this team has the talent since they were able to produce what is playable now within 72-hours. Let’s hope they haven’t gone silent because they abandoned the game, as there is some potential there.