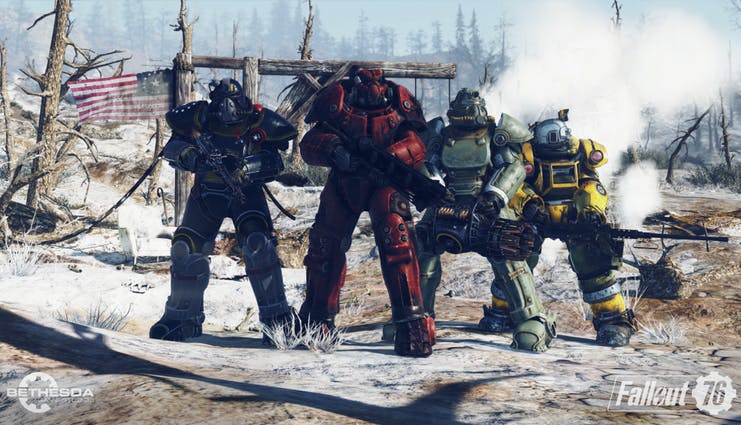 Bethesda’s Fallout 76 gets its first season pass this week – and it’s free, in case you didn’t know.  Called “The Legendary Run”, season one has a board game theme and sees players earn “S.C.O.R.E” points by completing tasks to move across a futuristic board.

There are other rewards to earn too, such as ghillie suit armour paint and fishbowl spacesuits because, y’know, cosmetics.  There are also lunchbox consumables which act as XP boosters.

The previous way that Fallout 76 has operated is to have daily and weekly challenges.  These challenges would reward players with atoms and other rewards.  The new season’s approach is supposed to create a pipeline of content and rewards.

The Legendary Run will end in mid-September, but don’t hang around – after the first 2 weeks, players who want to rank up without completing all of the challenges will need to pay 150 atoms per rank.  Ouch.