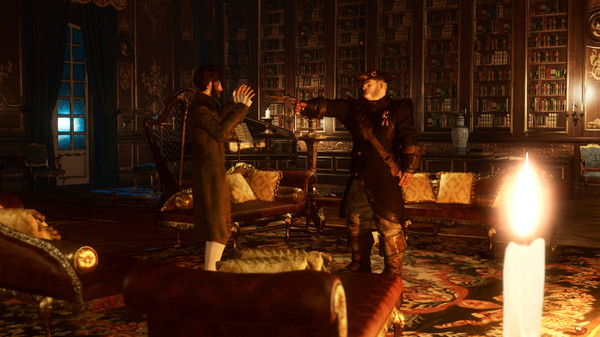 The Council was released back in March 2018 and earned a cult following for its unique narrative about a secret meeting between historical figures on a private island.  Players brush shoulders with Napoleon Bonaparte, George Washington and others as your mother is the powerful founder of the mystic secret society known as the Golden Order.  Unfortunately, your mother has gone missing, so you have to find her while navigating an almost countless number of intertwining narratives.

The Council stole the hearts of many Telltale Games fans, who saw similarities between the ill-fated studio’s creations and this title.  Progression is largely influenced by interactions with NPCs and a deep skill system, which opens up further organisational trees and special abilities.

Focus Home Interactive has made the first episode free on Steam to give more players the opportunity to try it for themselves.  You can try it out for yourself on Steam.