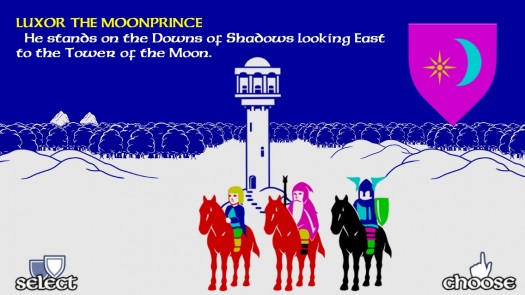 Mike Singleton’s 1984 classic The Lords of Midnight is a piece of video game history.  It was originally released for the ZX Spectrum in 1984 on magnetic cassette tape – remember those?  It was one of most ambitious games of its era, and paved the way for modern open-world RPGs while also influencing the strategy genre.

The Lords of Midnight was added to GOGs library back in 2013 and will appeal to fans of Heroes of Might and Magic, King’s Bounty and King of Dragon Pass.  It’s gameplay blends RPG adventure with strategy mechanics.

If you’re interested in classic fantasy and strategy games, definitely pick up Lords of Midnight.