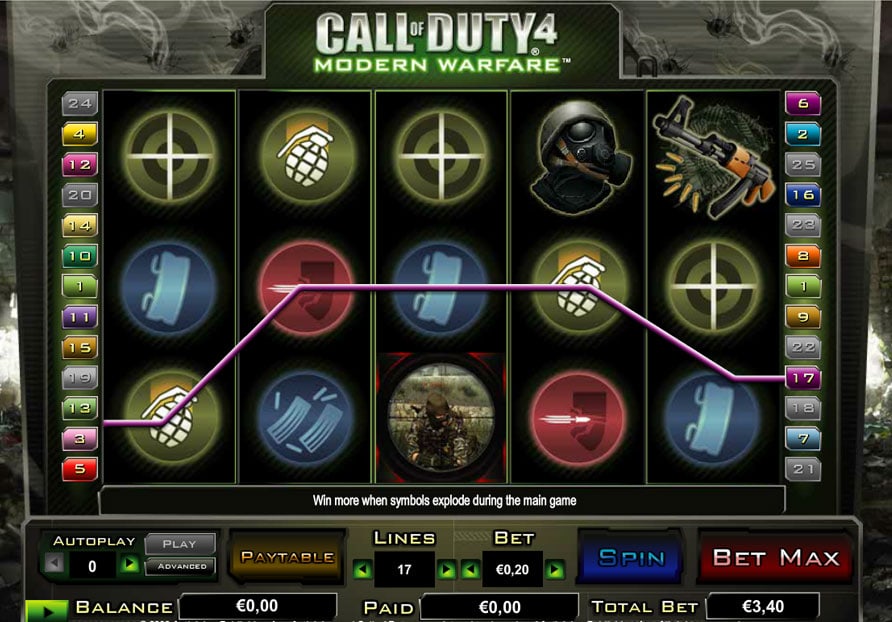 BY DJURICA TANARA: The influence of video games on popular culture is huge. Moreover, things went that far that we can find numerous slot games that are part of famous video game franchises. Simply, this looks like a great way to attract younger generations to casinos, especially millennials. So, don’t be surprised if casinos start to looks like video game arcades in the near future.

This article presents some of the most famous video games that turned into slot machines and here they are:

The original title of this iconic video game came out way back in the 90s and it is usually the first video game that comes to mind when it comes to zombie-horror video games. There are numerous sequels of this terrifying game, as well as a couple of movies that were inspired by these amazing titles.

All in all, it’s no wonder that this video game eventually turned into a slot machine. The slot game captures the original horror theme of the game, while there are also familiar logos and symbols. Definitely something Resident Evil fans will like.

Although a relatively simple puzzle game, Zuma is so popular that you can play it on pretty much any platform you can imagine, including PC, Playstation Xbox, mobile phones, iPod etc. When it comes to the slot game, it is a typical 5 reel 20 pay-line game.

Of course, you will find familiar symbols from the video game, but there are also some nice additions, including some nice poker symbols.

Another iconic video game with numerous sequels. Moreover, this franchise is so huge that includes not just games, but also movies and other kinds of media. Logically, there was more than enough room for the slot game as well.

The game starts with a nice video of Lara Croft in action. After that, things become pretty typical for a slot machine. Of course, you will find familiar symbols, as well as Lara in various positions. All in all, a pretty nice experience for fans for the legendary video game.

Street Fighter is arguably one of the most iconic arcade video games of all time. For most people, it is nothing more than a typical fighting game, but there is also a pretty large fan core that treats these games, particularly Street Fighter II, as some kind of diety.

The slot game comes with all essential characters of the game, while the bonus round, where you choose one of the legendary characters and fight with Bison also seems pretty interesting as well. If you’re a fan of Ken, Ryu, Chun Li, Zangief, Guile and others, this is the slot game for you.

When it comes to first-person shooter games, Call of Duty takes a special place in the hearts of so many gamers. The legendary game has been released in numerous sequels, which take place in different eras, including WWII, Cold War, modern times etc.

The slot game comes with the recognizable scenography. Destroyed tanks and buildings are everywhere, while all symbols refer to warfare. Also, there are some in-game features, such as land mines, which provide an even better playing experience.