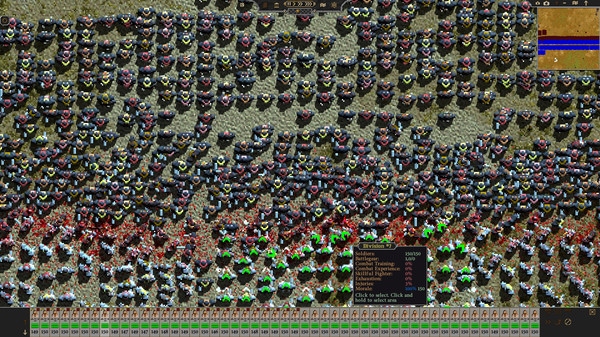 I love Rimworld, so Songs of Syx’s aesthetic instantly felt familiar to me.  Songs of Syx is an upcoming strategy game being developed by Jakob de Laval and, much like Prison Architect and a plethora of other building games released in the past several years, it lets players build a base.  Songs of Syx takes things one step further by allowing players to expand that colony into megacities, complete with powerful militaries.  There will be international politics to manage and war to wage.

Oh, and speaking of wars to wage, there are some epic large-scale battles thrown into the mix.

This a game all about scale.  Cities reportedly will have 5-digit populations and battles will take place between tens of thousands of warriors on each side of the battlefield.  It’s huge.

There’s a free demo on itch.io which acts as a proof of concept.  If Songs of Syx sounds like a game you’d quite like to play, the developers are currently seeking funding on Kickstarter.