I’ve written about my favorite gambling games within video games.  I find that they’re a great release to pass some time with some pretend money when you’re broke and can’t play and win in the real world.  Some look at these virtual locales as just a way for the developers to create a familiar spot for gamers to pass through, but if you look closer, many integrate dozens of real-world games and even playing for real money isn’t uncommon.  I find that it’s a great stress-reliever at the end of the day, particularly when playing with virtual money.

With all of the buzz about Fallout 76 (and the backlash), I decided to revisit Fallout: New Vegas this weekend.  There is something magical about making the journey through the wasteland then spotting the last surviving structures of Las Vegas on the horizon.  Having frequented the real Las Vegas several times over the last 10 years, it gives me the same buzz as spotting the glow on the horizon after driving through the barren desert for hours.

On arriving at New Vegas, I found myself skipping what I’d enjoyed the first time through – talking to NPCs and getting a feel for the place.  To me, it felt like coming home after a long vacation.  After a quick whirlwind tour (and one falling out with a particular cheery robot – sorry), trudged through the doors of the Sierra Madre Casino. 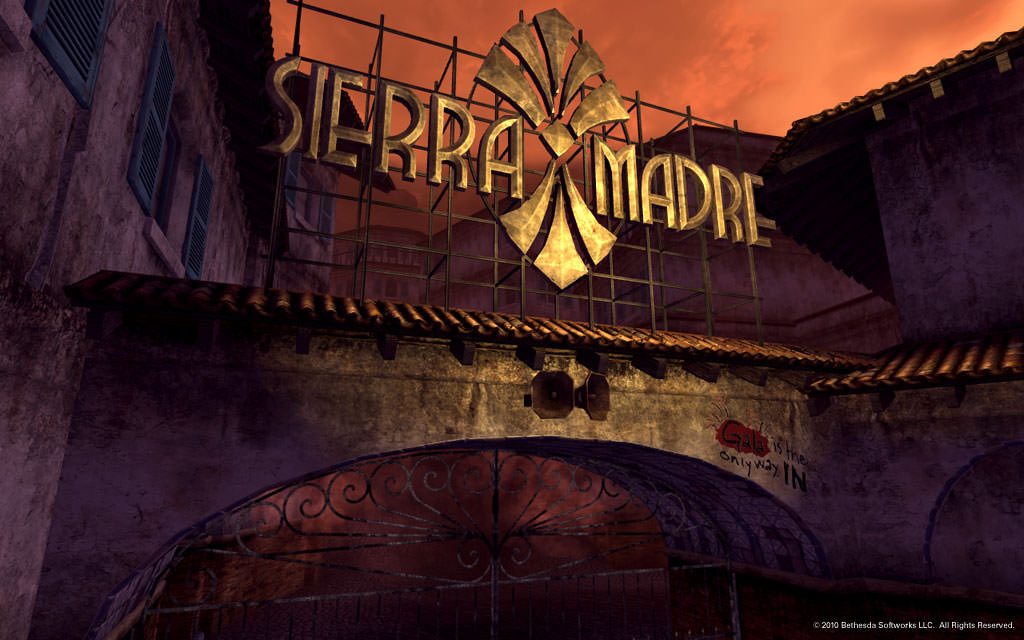 The Madre has everything you could want in a virtual casino.  Blackjack, Roulette and Slots.  There’s even a bi-polar Supermutant.  Unlike the casinos in the Strip, the maximum bet for roulette is 100 chips and only 25 chips for the slots, though there is still a maximum bet of 200 on the blackjack table.

Oh, and you know that they say the house always wins?  Well, as the player character earns chips, the casino offers increasing comps and gifts, including one wine and one scotch, a pre-War parkstroller outfit and a pre-War hat, and a complimentary voucher (worth 1000 chips).  Winning 10,000+ chips will result in a permanent ban on playing games in the casino.  So, that’s when I stopped playing.

But, God, do I still love the place. Others would say there are other great video game casinos but Sierra Madre stands above them in all in my mind.

What is your favorite video game casino?