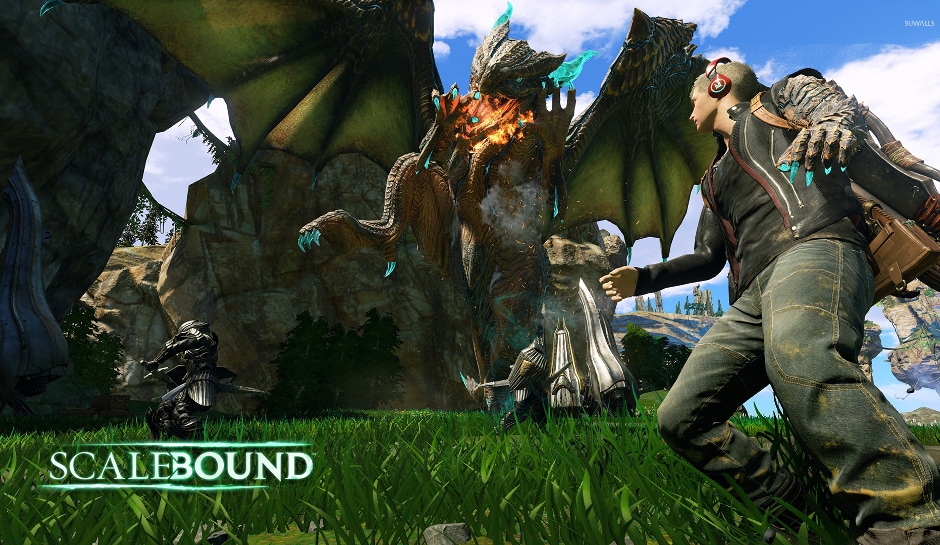 Scalebound was unceremoniously scrapped by Microsoft earlier this year – but what if it is still in production as a Xbox Project Scorpio exclusive?

Scalebound was being developed by PlatinumGames and directed by Hideki Kamiya.  Hideki was a fine choice, having been involved with the development of games in the Resident Evil franchise, along with Devil May Cry, Okami, Viewtiful Joe, and Bayonetta.

Scalebound was an action-RPG being developed as an Xbox One exclusive.  Players would have controlled a human character fighting alongside a gargantuan fearsome dragon.  The combat would switch between the two, with the human and dragon working independently before combining for devastating double-team attacks.  The bond between man and beast would have been a part of the game’s arc, similar to The Last Guardian.

Scalebound received a lot of attention through its production cycle and was at least three years into development before Microsoft formally canceled the game and dropped PlatinumGames back in January.  Microsoft threw some gas on the fire when they renewed the trademark in March but there has been no movement since then.

But, what if Scalebound emerged as a complete Xbox Project Scorpio game at launch?

Scalebound stole the hearts of many players during its many years of publicity, and those hearts were broken when the title was canceled.  Microsoft has a game on their hands that is at an advanced stage of development and which has already earned jealous glances from some players in Camp Sony.

The Legend of Zelda: Breath of the Wild’s impact on the Nintendo Switch’s launch cannot be understated.  When everyone thought that it would be delayed long beyond the Switch’s launch they started to question whether there would be a decent game to accompany it.  The announcement that Zelda would, in fact, be launching alongside the new system revitalized interest and ensured that the Switch sold exceptionally well on release.

Scalebound could play a similar role for Project Scorpio.  The world has been exposed to its premise through its lengthly development and there would be a significant amount of interest should it be announced as a launch title for Project Scorpio a month or so before it launches.

It’s hypothetical, but not beyond the realm of possibility.