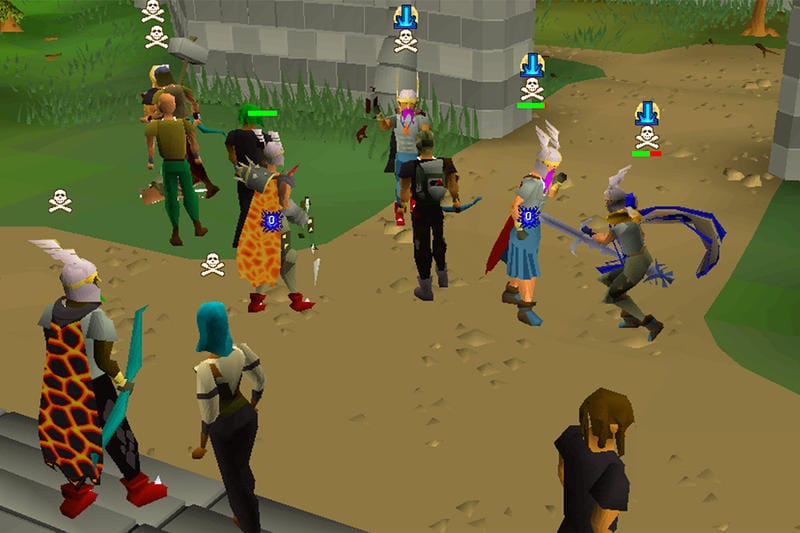 Okay, so, I know I’m late to the party but… I cannot believe that Old-School RuneScape has finally ended a storyline that I poured hours and hours into in my youth.

To set the scene, Old School RuneScape is still massively popular, despite not having the visual fidelity of games like Final Fantasy XIV, Black Desert Online, or even normal RuneScape.  Part of it’s popularity lies in nostalgia, but that doesn’t tell the full story; the fact that it can run on a potato PC and mobile devices is a huge selling point.  Oh, and speaking of selling points, being free is also sure to be a factor.

RuneScape originally released back in January 2001, with the popular Elf Quest series starting in 2002.  Song of the Elves is a fairly recent Old School RuneScape update, and it includes a Grandmaster level, completing one of the longest storylines in gaming history.

After completing the quest, access is granted to a new location, which combines the old-school version of the game with the modern version.  You can reach a higher level here by boosting your skills or buying gold (possibly from one of the best OSRS gold sites).  It’s up to you.

Without spoiling the details (there are guides if needed), the minimum requirements to start the quest are to achieve Level 70 in:

To some, level 70 is something that is easily attainable or has already been attained, while more casual players may baulk at the figure.  It’s important to remember that RuneScape and Old School RuneScape are not a race to the finish – enjoy your time with it and finish it at your own pace.