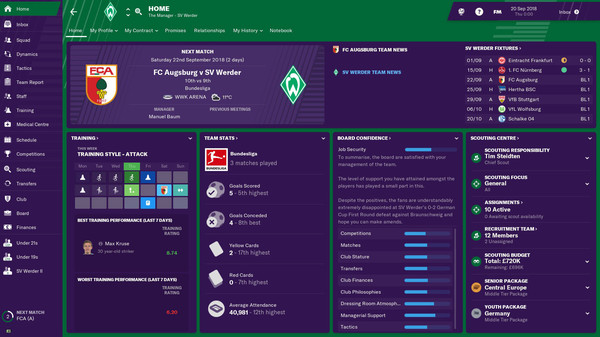 Football Manager 2019 is out now, giving armchair managers the world over the opportunity to take Braintree Town from the National League to Champions League winners.

Or, y’know, help Cardiff City stay in the Premier League.  Let’s start with that, eh?

For those looking to try their hand in the top division of English football, here are the transfer budgets of every team in the Premier League:

Which Premier League team should you manage in Football Manager 19?

Well, that depends on the level of challenge that you’re looking for.  Newly promoted and recently promoted sides are usually good for those in search of a challenge.

If you’re looking for a challenge this year I’d recommend Fulham, or those looking for a slightly easier ride could consider Wolverhampton Wanderers (though you’ll never Nuno’s beard).

If you’re looking for a different sort of challenge, you could try to improve West Ham United’s fortunes by steering them to a top-6 finish or take Tottenham to Premier League glory.