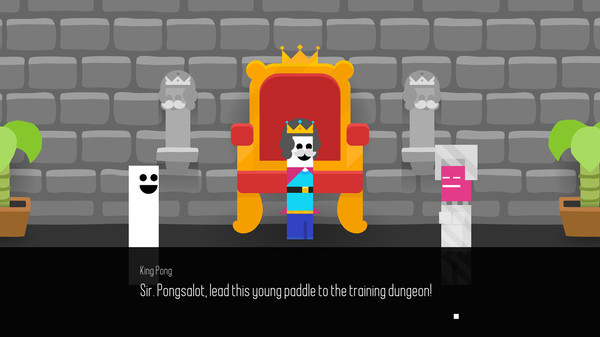 Atari has announced a new Pong game.  Don’t worry, they haven’t added a battle royale mode (though that would be pretty cool, Atari), not is it just another re-release with a few flashy backgrounds.  It’s much more confusing than that, but still pretty interesting: a Pong RPG.

The Pong RPG is called Pong Quest and stars “humanized paddles” and features dungeons, cosmetics and loot.  If you’ve ever ranted to know the lore behind those paddles, you’re in luck!  It also features online and local multiplayer.

Pong Quest gives a nod to many of the classic games on the Atari 2600, including classics like Adventure, Centipede and Breakout.

There will be 50 types of balls with different abilities, so expect the normal Pong formula to be slightly different to what you’d expect – y’know, if being an RPG wasn’t enough.

Pong Quest is due to release this Spring, 2020.