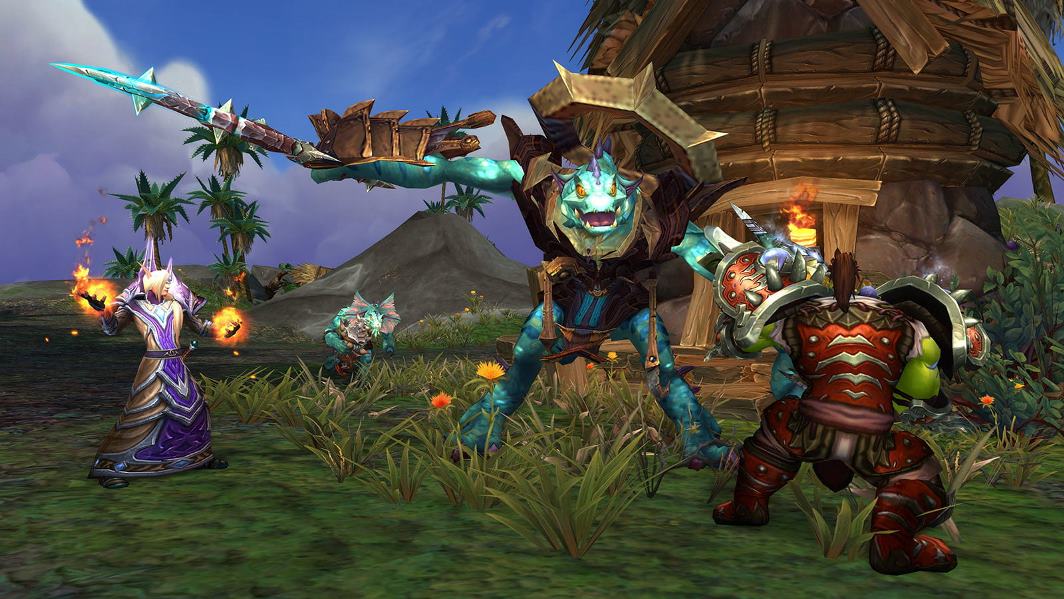 BY ALGIRDAS: As a player new to the World of Warcraft, I’ve been taken aback by how well the game stands up in 2019.  Having seen the memes and, yes, that South Park episode, I imaged a game that was well past its sell-by date that had been surpassed by everything released in the past 5 years.  I was wrong.

The World of Warcraft is quite rightly regarded as one of the finest MMORPGs – not just in history, but today.  With 15 years of innovation and expansions to rest on, it boasts one of the strongest online experiences whether you’re into questing, exploring or just specialising in certain skill lines.

Here are 5 things I love about World of Warcraft:

If you thought that the Elder Scrolls had lore, strap yourself in – it’s going to be one hell of a ride.

Not only are there thousands of NPCs to speak to, locations to explore and intertwined stories to discover, but there is lore to immerse yourself into beyond the game.  There are novels, short stories, comics and mangas, each helping to make the World of Warcraft even richer.

Can I include the world and the lore as two separate items?  Heck yes, I can!

World of Warcraft has no loading screens between zones, which makes the game feel like one genuine expansive landscape to live a virtual life within.  You can choose a mountain, scale it and look out upon 4+ zones of amazing places that you can explore immediately, should you wish.

The freedom on offer is unrivalled.

3. The Visuals and Animations

Yes, the visuals are dated, but you know what?  They’re charming and the animations make the characters feel alive.  It feels like characters are traversing the world, not just gliding on a sheet of ice hovering over a pre-rendered landscape.  And this level of detail goes straight the way through every NPC you meet and beast you’ll battle against.

No, the visuals are not ultra-realistic, but they are fantastic all the same.

The nostalgia, you say?  When you haven’t even played World of Warcraft before?  Yup.

The world of Warcraft makes me feel nostalgic for the games that I used to play back in the day.  I love that it hasn’t gone for Black Desert Online’s hyper-realistic (and, quite frankly, garnish) visuals or the slightly darker-toned Elder Scrolls Online (which I enjoyed when I played a few years ago).

It feels like a game from another time and, as a result, it conjures up memories of titles that I had long since forgotten.

5. You Can Make a Little Bit Of Coin

I’ve only dabbled with this really, but it’s cool that you can make real-world money by grinding in-game.

If you pick up decent in-game items or in-game currency, you can sell it in online marketplaces like Egg.  Having first been introduced to this sort of thing in Rocket League, it’s nice to be able to do the same in an MMORPG.

So, there you have it, my 5 reasons for loving the World of Warcraft.