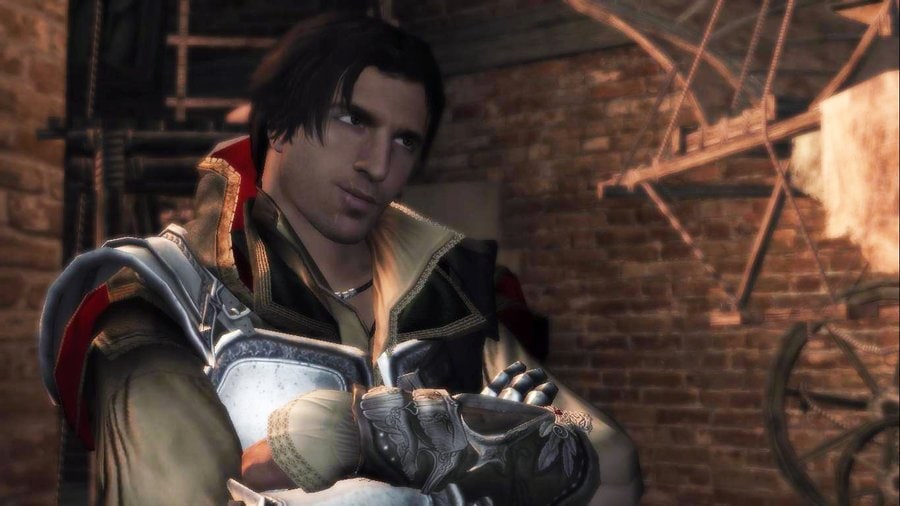 BY SAMUEL LANE: When it comes to video games, what is so fascinating about most of them is their ability to tell a story. Even if movies and books are amazing for storytelling, games have something completely different because it allows us, the players, to engage in the story in an entirely different way.

Many games have engaging stories and adrenaline-filled action scenes, but only a few have characters that we end up loving. Not all main characters are created equal. Because of that, I’ve decided to share my list of the characters that I love the most from the modern-ish era.

You might agree with me when it comes to some of these video game characters, or you might have a completely different opinion – leave a comment below in any event!

If you’re anything like me, I’m sure that you enjoyed the characters from popular mafia movies, such as The Godfather, and GoodFellas; and, thankfully, Mafia II allows us to be one of the “wise guys”.

Vito Scaletta is the main character of the popular Mafia II game and he surely deserves to make it onto this list.

Vito has a similar mob background story; he came with his family from Sicily to the United States, they were all poor, and Vito soon had to provide for himself. He met a few similar people and started taking over the city, making a reputation for himself. What’s not to love about this character?

Grand Theft Auto (GTA) is one of the most popular video game franchises of all time, and with good reason.  The incredible gameplay is perfectly accompanied by a cast of amazing characters and Take Two’s comedic wit, which combine to create something special each and every time.

GTA gives players the freedom to do whatever they want within a sandbox environment.  Because of that freedom and the real-life situations that the games echo, the game developers have an opportunity to build great characters such as Carl Johnson, or as everybody calls him, CJ, from San Andreas.

Because CJ has the freedom to do lots of things, from partying to shopping, and even to gambling, the character allows us to put ourselves into his shoes. When it comes to gambling, GTA San Andreas has some of the best virtual casinos, with lots of tables and slots. You might not be able to play popular slot games such as Book of Ra but, you are able to play other slots created especially for the video game.  You can lose hours in their version of Vegas, amassing a small fortune as you go.

CJ starts from the bottom, he later moved to Liberty City but, returned back home for a funeral in another game. He takes over San Andreas together with his childhood friends, only so later they become famous rappers, the game ending with them living on a tour.

Ezio became a favorite in the gaming community from his first appearance in the Assassin’s Creed II, and that is probably thanks to the impressive back story and the carefully crafted story in which he stars in. The period in which this character lived, the Renaissance, in Florence, allows us to experience those times of great significance.

Ezio Auditore is a true freedom fighter and helped to spread the Renaissance and Assassin ideals of free will across Italy, liberating the country, and ensuring the travels of Christopher Columbus to America. He even took a ride in Leonardo da Vinci’s flying machine.  Ezio’s place on our list is unquestionable.

The Courier is the main character of Fallout New Vegas, our favorite game in the Fallout Franchise, which takes place in a post-apocalyptic Las Vegas, a new Vegas. The Courier’s backstory lays a foundation for the game and there are many possible endings to his story, and to the game as a whole.

This character started as a courier on the Mojave Express, and later he arrived in Vegas where he started to work for different people and casino owners over there. At the same time, he was working for Caesar’s Legion, the New California Republic, and the Brotherhood of Steel – or, at least he could be, as everything’s possible in this incredible game.

The game has some of the best gambling opportunities ever presented in a video game, from the countless casinos presented on The Vegas Strip, to the casinos laid across the desert, and to the famous Sierra Madre casino in which The Courier gets trapped in some versions of the story.

There are a lot more brilliant video game characters but, I had to narrow down our list to only a few. Decisions were made, and the four characters above are our favorite characters from games in the modern era. It’s not just the characters that matter but, also their story, and their virtual world, the four from above having all fascinating, and different worlds, securing them a place on our list.