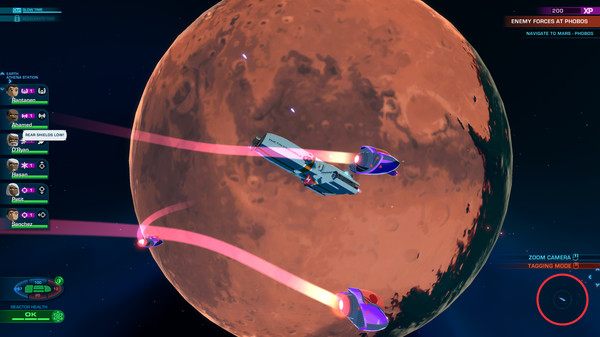 Space Crew, the sequel to Bomber Crew, is coming out on 15th October.  The original had echoes of FTL and the sequel shares even more similarities with its inspiration.

Space Crew is set on a spaceship which is hurtling towards disaster, and lets players take control of customizable ships and recruit crew members, from engineers to the Captain. Taking place in real-time 3D, players will manage their crew, ordering them to man stations, extinguish blazes, and fight off invaders.

It looks like great fun, too, though if the original was anything to go by, it will no doubt be hard as (radiated) nails!  Expect things to go wrong more often than they go right as you continue to hurtle towards seemingly certain doom.

You can check out Space Crew’s free Steam demo if you’re interested in seeing whether the game is for you in advance of its 15th October release.