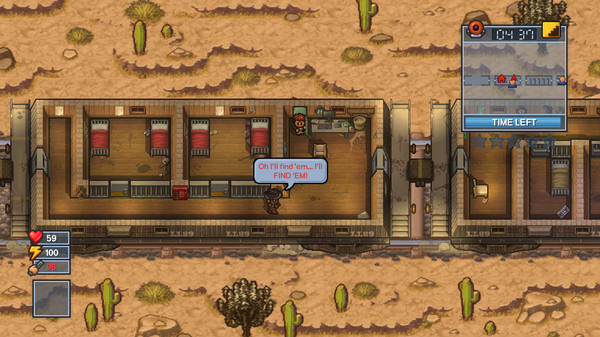 Epic Games Store has confirmed that their giveaway of The Escapists 2 has been delayed.

The Escapists 2 was supposed to be this week’s free game on the Epic Game Store, but Epic has confirmed via their official Twitter account that it has been delayed – but is still on the way.

The release of The Escapists 2 has been temporarily delayed.

We're currently investigating an issue and are working to find a resolution.

We apologize for the inconvenience, and will provide an update as soon as the game is available to claim.

In a follow-up Tweet, Epic provided an update to fans waiting for the game giveaway:

We know you guys are excited for this one & we appreciate your patience.

In order to ensure the best possible game experience for everyone, we are continuing to hold off on launch until fixes are in. The Escapists 2 will still be free to claim once it's ready!

The update mentions fixes, which but doesn’t state how severe they are or how much time is likely to be needed to resolve them.  However, with Epic giving games away for a week, there should still be enough time to pick up the free game before the next game is released.

Here’s a trailer of the game to whet your appetite: