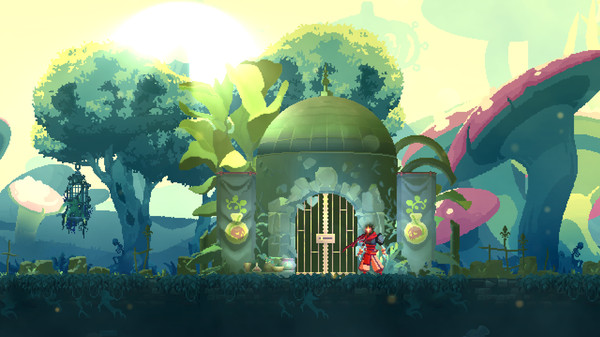 Dead Cells is receiving its first piece of paid DLC in February titled The Bad Seed.

The Bad Seed DLC will add two new early-game biomes filled with distinctive creatures along with unique weapons to defeat them.  One of the unique weapons is a double-slot weapon, which can only be a good thing.

Oh, and there’s a new mushroom companion because we miss Toad in Mario.

The Steam page notes that players will be able to play through:

So you’ll be able to play through:

Dead Cells has received 16 free updates following its Early Access release in 2017 and the developers look to continue investing in the game well into the future.

The Bad Seed has its own Steam page with further details.