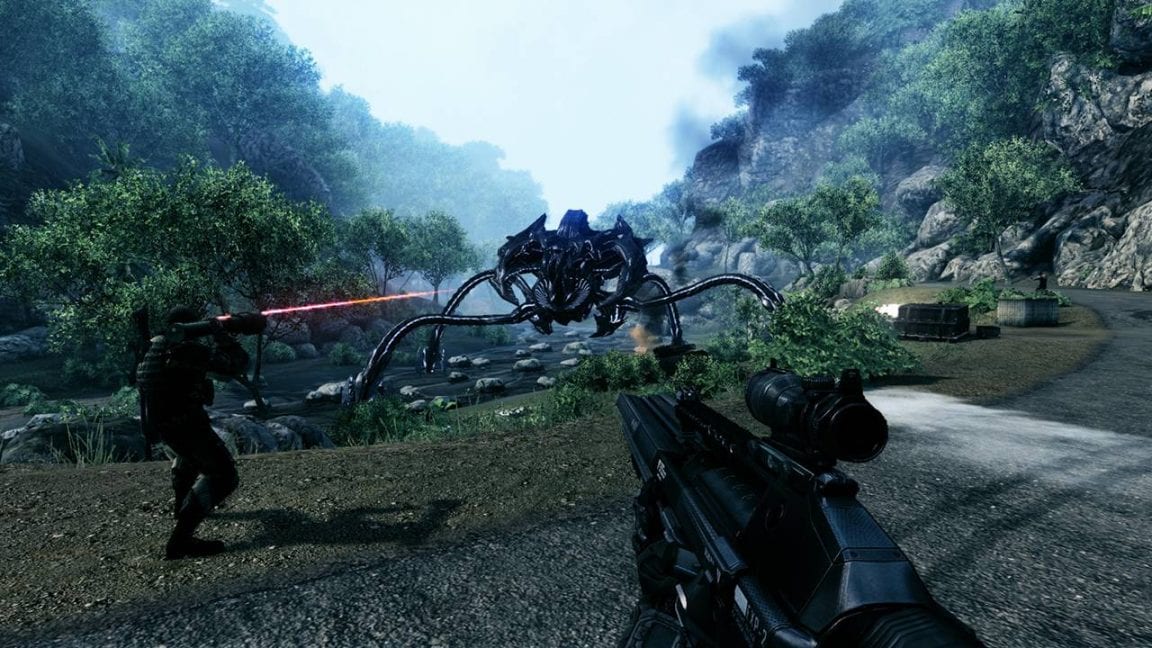 Crysis Remastered’s release date has been confirmed as 18th September 2020, which is less than a month away.  On the downside, it is going to be an Epic Game Store exclusive.  Cue vomiting.

The announcement came via an official trailer, which you can see below:

The trailer doesn’t mention whether the exclusivity deal is on a timed or permanent basis, but I’d bet my dusty Exosuit that we’ll see Crysis on Steam within 18 months.

Crysis Remastered was originally set to release on all platforms, excluding the Switch, at the same time on 23rd July 2020, however it was delayed to next month to give the game extra polish.  If you’re anything like me, you’re probably thinking they’re adding even more stuff to make the game so beautiful that your rig can’t play it.  I feel your pain.