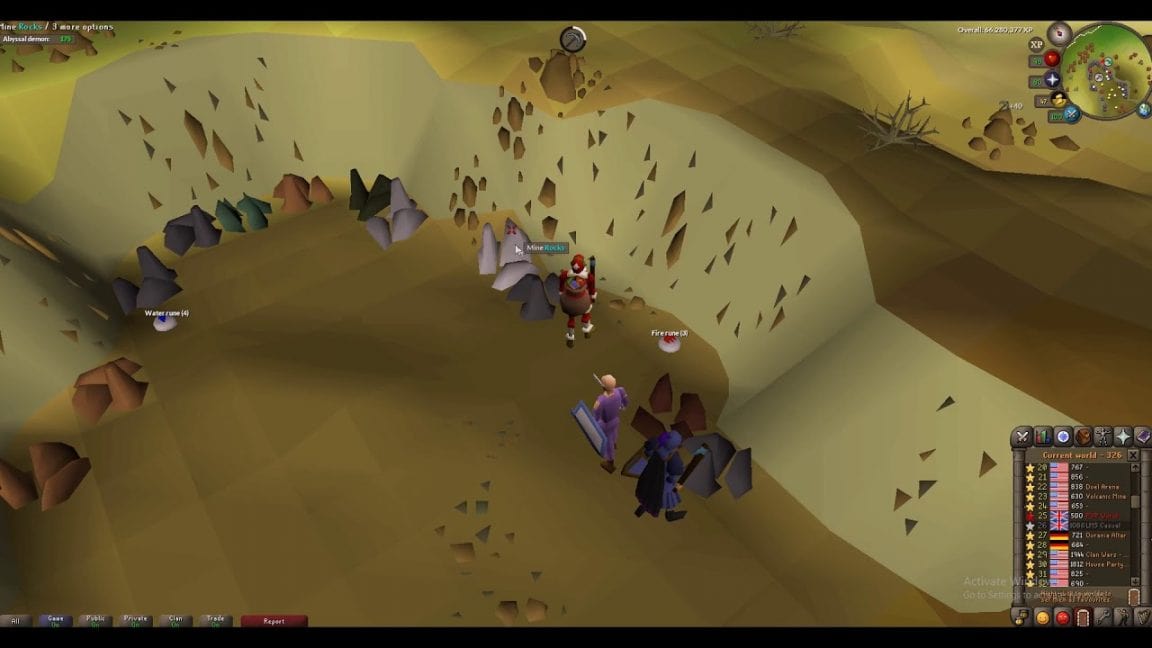 BY JASON MONROE: Let’s be honest, mining in OSRS has never been sexy.  While it can be time-consuming, it can also be an exceptional way to earn money in Old School RuneScape (or any MMORPG, really).

You could make mining more enjoyable by listening to a podcast, watching a show on Netflix that doesn’t demand your undivided attention, or…well, you could cut out the tedium complete by going AFK.

That’s right, no more clicking and waiting – these are the best AFK OSRS mining methods:

Motherlode Mine becomes accessible at level 30 and is popular thanks to being able to be played AFK, while also getting a decent amount of EXP.  It’s located in the Dwarven Mines.

Players mine ore veins to build up a full inventory of Pay-dirt, which is then deposited into the hopper where they are cleaned and become available for pick-up. Players can also receive Gems while mining, or Golden Nuggets when collecting the cleaned ore.

This is the highest level ore players can mine.  Located inside the Mining Guild, players can average between 80 and 100 Crystals per hour..  By make the Crystals into javelin heads, this method can earn up to 340k gold per hour.

Players can find Gem rocks in Shilo Village and in the Lunar Isles mine. They can be mined beginning at level 40 but waiting until you’re at level 60 is highly recommended. With an average of 300 and 600 Gems per hour, players can net between 250k and 650k per hour.

Located in the northern section of Lovakengj, the Blast Mine minigame participation requirement is 100% Lovakengj favor.  That can take some time, but the players who put in the hours will be rewarded handsomely.

Using dynamite, a tinderbox and a chisel instead of pickaxes, players chisel, blast and collect ore and deposit it into their sack until they have 450 pieces of a single type of ore.

How lucrative is this method?  550k of gold per hour.

Mining Runite remains profitable, with the most common place for players to mine being North of the Lava Maze where two rocks in close proximity are present. A Looting Bag limits banking and, by hopping worlds, this method can net up to 650k gold per hour.

What are YOUR favorite AFK mining spots in Old School RuneScape?