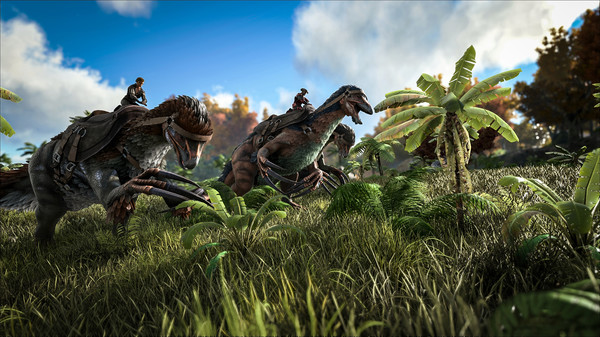 Ark: Survival Evolved is free to play on Steam until Monday.  The limited-time free period coincides with the release the first half of the new two-part expansion, Ark: Genesis.

The free weekend doesn’t include Genesis but does include Extinction, Aberration, and Scorched Earth expansion packs.

If you decide to pick up the games after checking them out, they are on sale.  If you decide to also pick up Genesis, it brings a new map and biomes, new dinosaurs and creatures, and an AI companion.  Oh, and massive turtles to build a base on.  Sweet.