There are many different ways that you can make money from Twitch and more people have been making a full-time career from streaming. If you love playing video games, streaming on Twitch can be super fun as you can interact with people who are interested in watching you play games.

So, if you’re interested in the idea of creating a Twitch channel, or you already have one, and want to learn more about the top monetization trends, check out

Our post covers the top monetization trends that are currently being applied by some of the biggest Twitch streamers. Whether you’ve already got a channel set up or are looking to make one and start making money, you can put the info in this post to good use.

Posting Twitch Streams On Other Platforms

It’s common to see Twitch streamers posting their videos on other platforms outside of Twitch. Videos often get posted on YouTube and Facebook once the stream has ended and it can be an effective way to help more people find out about your channel.

When it comes to posting livestreams on other platforms, you may want to cut up the footage and post highlights of the stream instead of posting it in its entirety. This can be used as a marketing technique to give people an idea of what your streams are about without giving them it all for free. 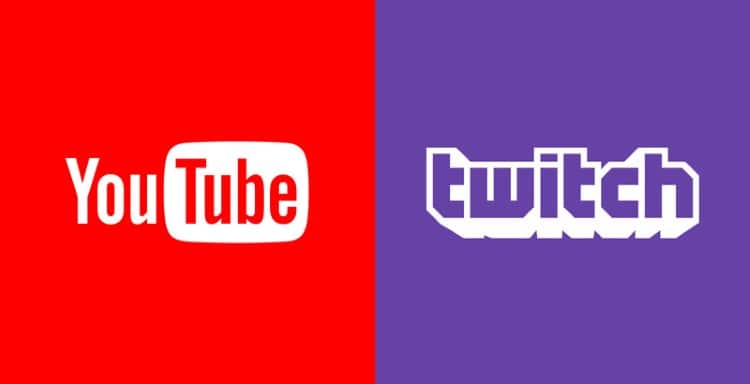 Posting highlights of your livestreams on platforms such as YouTube and Facebook can make it easier to get noticed by a wider range of people who may come and check out your Twitch channel which can lead to an increase in revenue.

Ad revenue is one of the most common monetization trends in the Twitch community. The ads are only shown to people who aren’t members of Twitch Prime or those who have installed ad-blockers on their devices.

Furthermore, Twitch won’t show advertisements to people who are subscribed to you. This provides people with more of an incentive to subscribe to your channel as it means that they can continue watching your live streams without the ads.

Advertisements are one of the most popular monetization methods for Twitch streamers as it requires no additional effort or time on your part.

Madskil was established by a group of people who have a serious love for playing games. They’ve been developing games for over a decade and they offer a service that Twitch streamers have been benefiting greatly from.

This service enables viewers to have an even more interactive experience with the Twitch streamers who they’re watching. Your viewers can watch, predict, and even compete with other viewers for fun.

Madskil helps Twitch streamers to create a more interactive community of people. As a result, your viewers can have a ton of fun every time they tune into your streams which can boost your overall engagement, viewers, and overall revenue.

When content creators work with Madskil, they’re able to stream some of the most popular games, such as Counter-Strike, Fortnite, and League of Legends. Madskil has made the very first social game that makes it easier for people to find your channel and stick around to have fun.

Being able to have more people discover your channel can help to increase your audience and revenue streams.

Having more people subscribe to your channel is an excellent way to boost your monetization. This is because there are three different payment options available for being a Twitch subscriber.

The subscription payment options include $4.99, $9.99, and $24.99. When someone subscribes to your Twitch channel, they’re able to benefit from additional features, depending on the subscription fee that they’ve chosen.

Some of these additional features include watching live streams without ads, using customized cheermotes, and having access to an exclusive chat room that only includes subscribers.

This is an excellent way to create a better sense of community among the people who enjoy your content enough to pay and subscribe. Monetizing your Twitch channel through subscriptions is an easy way to generate consistent income as the subscription plans renew automatically every month.

Many Twitch streamers have partnered with various brands and it’s a monetization trend that can be very profitable. It’s best to focus on the brands that are related to the types of streams that you do. You also want to make sure that the brand is offering something that your viewers will be interested in.

Advertisers within the videogame world are among the most popular types of brand deal that Twitch streamers can benefit from. This is because Twitch livestreams are mostly based on gaming so it’s an assured way to keep viewers interested in the brand.

Having said that, it’s becoming more of a trend for Twitch streamers to partner with other brands that don’t involve gaming. There are also some different types of sponsorships when partnering with a brand with the most common one being products.

Twitch streamers can promote a certain product, which could be a game, gaming equipment, software, and more. A trend that we often see is Twitch streamers unboxing products from a brand and discussing it.

This often leads to them offering some kind of discount code that’s exclusive to the viewers who are interested in buying the product. Some Twitch streamers also collaborate with brands for the development stage by testing products and providing feedback.

In addition to this, tournament sponsorships are common. They usually involve the brand hosting their own tournaments for you and your viewers to participate in and have fun. Other times, brands may want to sponsor you and several other Twitch streamers to game together which can be a superb way to get your channel to reach a wider audience.

Now that you have a better idea about what some of the Twitch monetization trends involve, you can start to employ them yourself and boost the revenue that your channel is making. Twitch streamers can live off their live streams through these methods, so, there’s nothing to stop you from doing the same!