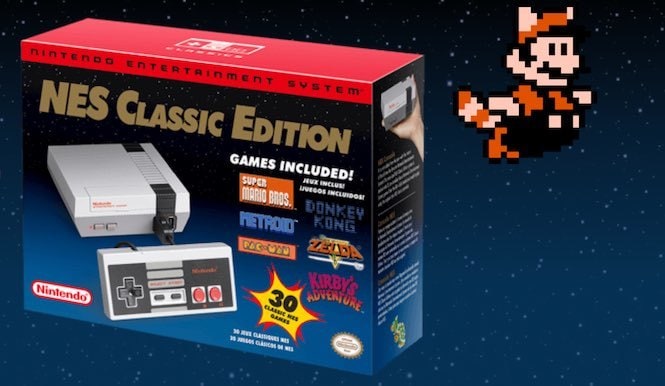 BY THE RETRO CANADIAN: The NES Classic Edition features 30 great games, but there are 5 glaring omissions that I wish had been included on the system.  Do you agree?

The NES Classic Edition is still hard to find, but after searching high and low I recently finally added one to my collection.  After having time to sit down and play it, I have to say that while the selection of 30 games is pretty solid,  there are 5 omissions that I wish had also been featured on the system.

River City Ransom is a side-scrolling beat ’em up with some solid role-playing elements. The player takes control of two high school students with one mission: to save their girlfriends by beating the hell out whoever and whatever gets in their way.

River City Ransom has an impressive amount of replayability for a beat ‘em up and is arguably better than Double Dragon II, which is included on the NES Classic Edition.  The story, simultaneous 2 player co-op, and over-the-top style of the characters come together to make a game that will have you coming back for more.

Rad Racer is a single-player racing game and one of my favorites in the racing genre on the NES. The Player can choose to race either a Ferrari or an F1 car. Instead of racing around a track to a finish line, players street race through a map of checkpoints to a finishing spot, and are forced to restart if they miss a checkpoint.

Rad Racer is still great fun today, and arguably the best racing game for the original Nintendo.  In my opinion, this is a classic title that definitely deserves to be on the NES Classic Edition.

Hey look, I’m a Canadian – did you expect me to not include something about hockey on this list?? The NES Classic definitely needs a hockey game!

Blades of steel didn’t need official licensing or yearly updated rosters.  It also didn’t need the extremely detailed graphics of today’s games to be brilliant.  The game at its core is pretty simple, thrusting players onto the ice to not only control their players but their goalie too. The gameplay is easy to get into, and it is one of the first hockey games to include fighting.

Shoot, Score, Pass, Score pretty much sums this game up. This one can be considered a Konami classic in my opinion just due to its sheer simplicity. Undoubtedly, it should be on the NES Classic.

When I first looked at the list of the 30  games on the NES Classic Edition, I couldn’t help but wonder: where the heck is Tetris?

Not only did Tetris sell over 8 million copies on the NES, but it also went on to sell 35 million on the original Gameboy.  To say that Tetris was a system seller for Nintendo would be an understatement.

Tetris is an iconic video game, on a level with Pac-Man and Pong.  If you’ve never played Tetris before then you’ve probably never played a video game before either. Tetris game is an essential video game that everyone should play and that needed to be featured on this list.  I’m just left wondering how the hell it slipped through the cracks.

If you take a look at the list of 30 games included with the NES Classic Edition, you’ll see that the first 2 Castlevania games are included, so what about the 3rd entry in the series?

Some would argue that Castlevania 3 is the best in the original NES trilogy.  To not have all three games on the NES Classic Edition feels like a wasted opportunity to me.  It is a true classic for the console and, trust me, no one would ever say a little more Castlevania could hurt the fun factor that this system has to offer.

What games would you like to see included with the NES Classic?