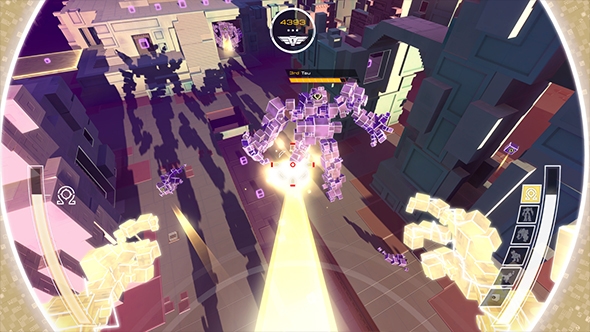 In a surprise announcement, Ubisoft has unveiled Atomega, a PC exclusive title that will be released next week.

Developed by Reflections, the studio behind the visually striking Grow Home and Grow Up games, Atomega is a first-person shooter that tasks players with collecting mass.  Mass is gathered from mass “blocks”, which are scattered around levels, or by attacking other players to steal their mass.  Players blocky characters grow as they collect more mass, making them easier targets.  Mass is added up at the end of a round, with the player holding the most mass being crowned the victor.

The announcement trailer showcases the quirky visuals and the multiplayer-centric gameplay.

Ubisoft’s description of Atomega is below:

Atomega takes place at the very end of time where reality is rapidly dissolving. All that exists are Exoforms, super advanced post-biological lifeforms, masters of matter, energy and the last distant relative to man and machine. As the laws of physics slowly repeal, the Exoforms fight for fun and dominance, replaying the final moments of the universe in an arena at the edge of destruction.

Automega is slated for release on September 19 and appears to be a PC exclusive.  Its Steam page is live.