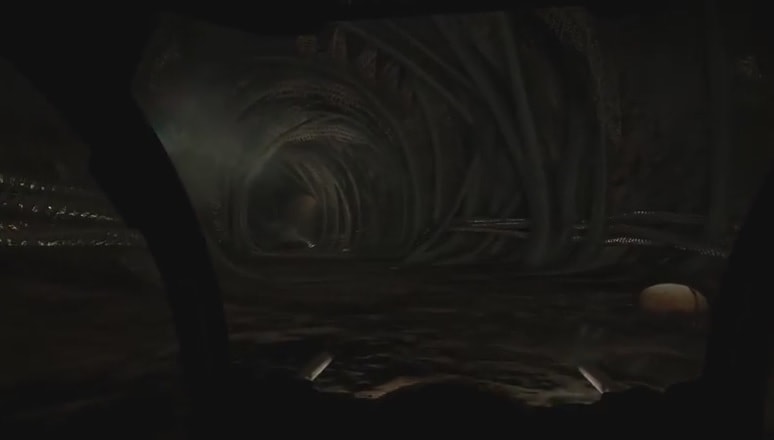 Elite Dangerous pilots have been more than a little obsessed with the increasing signs that the Thargoids are coming. Now we have another one.

Players of the original Elite way back in 1984 will tell stories about the relentless Thargoid alien race, and their absence was notable on release of Elite Dangerous.  The sightings of Thargoid spacecraft got pulses racing back in January.

Things have just got more interesting, as Commanders have confirmed their latest discovery: a sprawling base on a world hundreds of lightyears from Earth.

Here is the footage:

The base was first discovered yesterday at the following coordinates: System HIP 19026, Planet B 1 C, lat: -17 long: -152.  The base itself poses more questions than answer.  Inside the base lie alien machines and a galactic star map.

I don’t know about you but I’m loading up into my Vulture tonight and setting course for one of the most exciting discoveries in Elite Dangerous thus far.