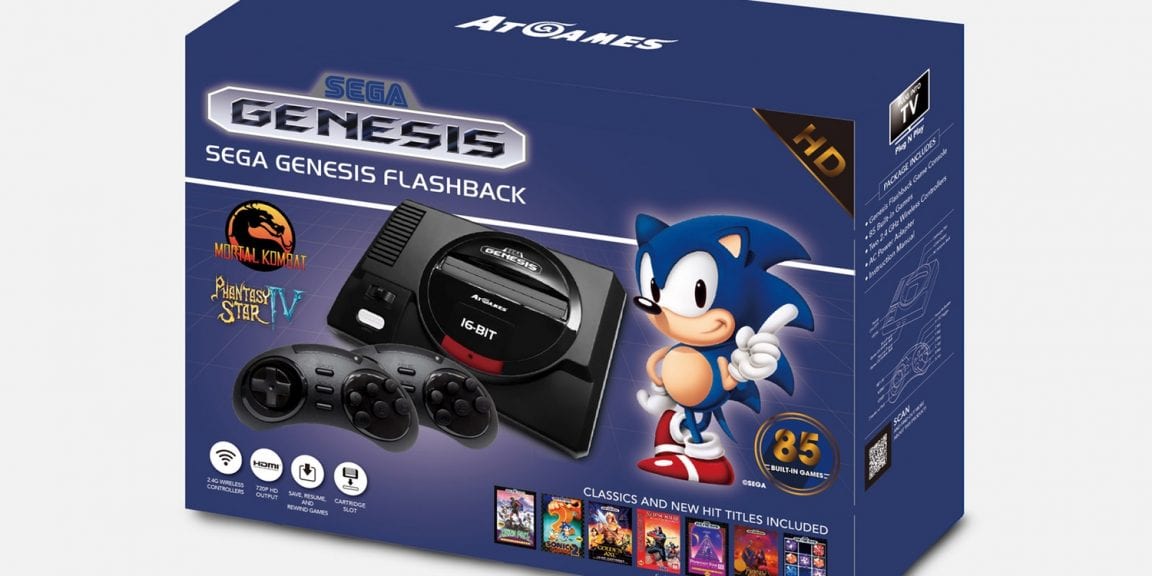 ATGames Inc has produced officially licensed reproductions of the Sega Genesis console for years now. They have always had built in games and (most of them) have had a physical cartridge slot. 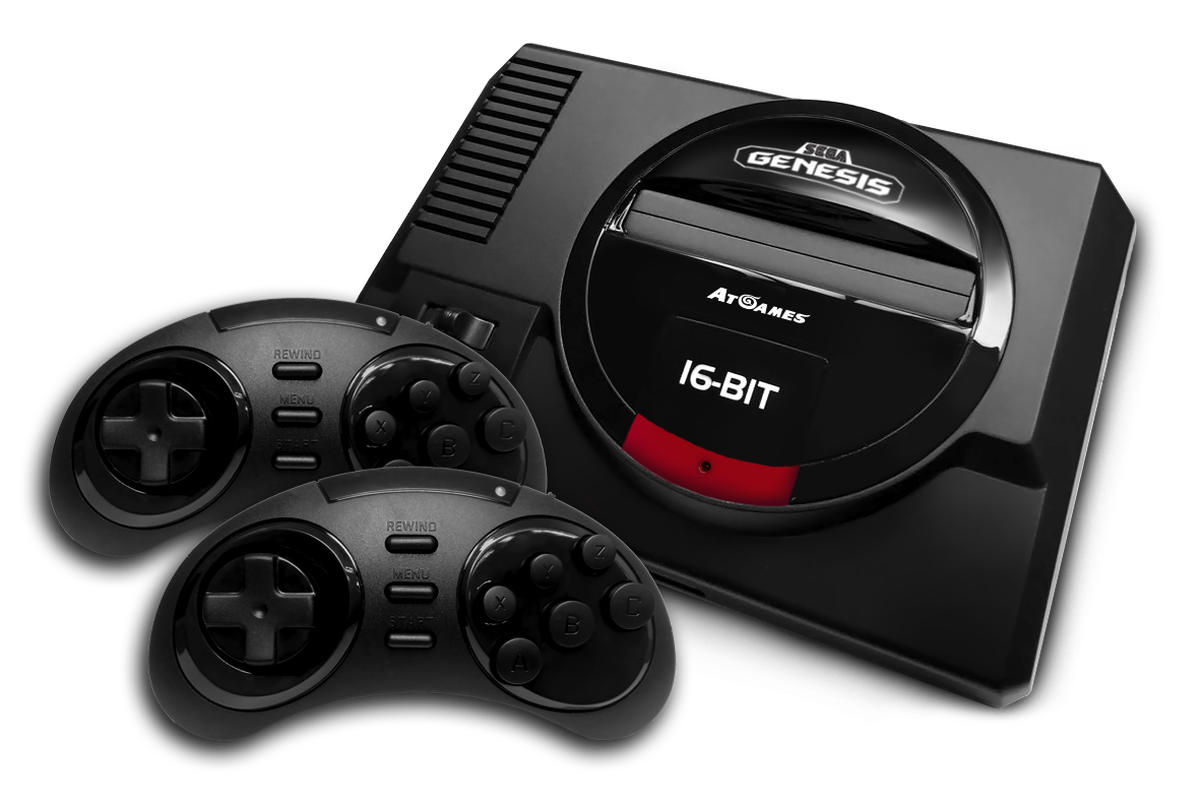 This new model features 720P HDMI support in which the games will be up-scaled to show better on HD TV’s. Included are two controllers, HDMI cable, power cable and 85 GAMES with some of those titles being the Golden Axe Trilogy, Sonic 3D Blast, Vecterman and more high-quality Genesis titles. Additionally, the console features a real cartridge slot which means the 85 built in games are just a crumb of what you can actually play on the console. Finally, a new feature is the pause and rewind feature which lets you, well…you can guess.

The system will be released in September and can be purchased online and in-stores. Pricing is currently unknown.