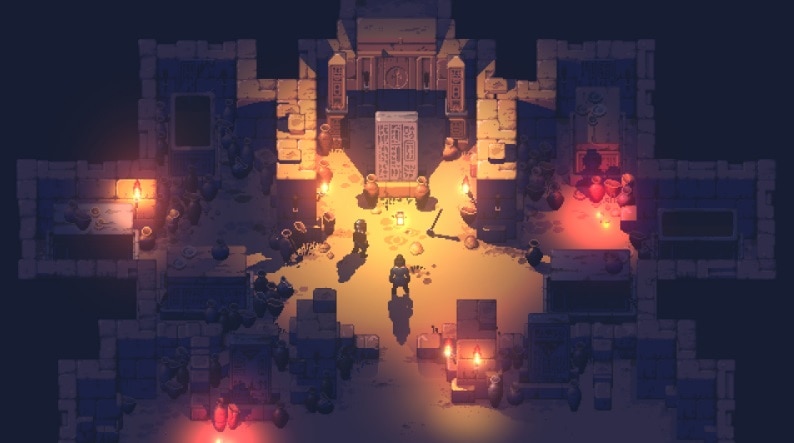 Pathway is a turn-based strategy game with gorgeous 16-bit-inspired visuals and a dynamic campaign.  It looks pretty neat.

Fans of Halfway, released on the PC in 2014, will feel at home with Robotality’s latest project.  The developers describe Pathway as a “tactical RPG set in a 1930s pulp adventure scenario.”  The unique premise has players assembling a team to track down a lost civilization before the Germans.

Pathway takes place on a procedurally-generated map which is created at the start of each campaign.  The map comes loaded with twisting narrative pathways (get it?) and unique story encounters.  No two adventures will be the same, providing endless replayability.

The combat is what you’d expect; standard turn-based combat but done well.  With solid gameplay to build upon, the procedurally-generated map and fresh stories have a foundation to build upon to create a memorable experience.

Pathway doesn’t have a confirmed release date but we’re anticipating adding this to our Steam library later this year.