And there I was, thinking my Charizard card was valuable…jeez.

How rare are we talking? Well, only 39 were ever released and the cards were never sold.

The Pokemon card in question is the 1998 Pikachu Illustrator promo hologram card. 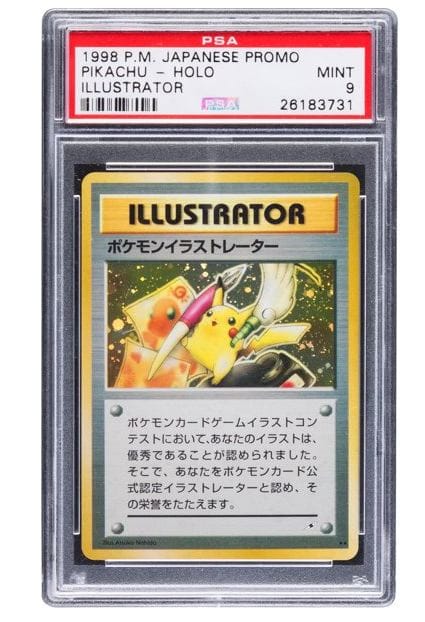 Auction site Heritage Auctions will be putting the card under the hammer and believes value is $50,000. Yes, you read that right.

The Pikachu Illustrator promo hologram card is in mind condition and is certified as being authentic – a huge plus point in a market swarming with counterfeit copies.

The card was only awarded as a prize in an illustration contest through CoroCoro Comic – they were never made available for sale.

Three first place CoroCoro winners got the card, along with 20 second place winners – not bad when you look at the value today. The cards were also given out in other contests that year, however,  only 39 copies are confirmed as having ever been released.

Given the rarity and the condition of the Pikachu Illustrator promo hologram card, it is hard to imagine it selling for anything less than top dollar.

My Charizard card, on the other hand, has seen better days. I’ll take £50 for it?