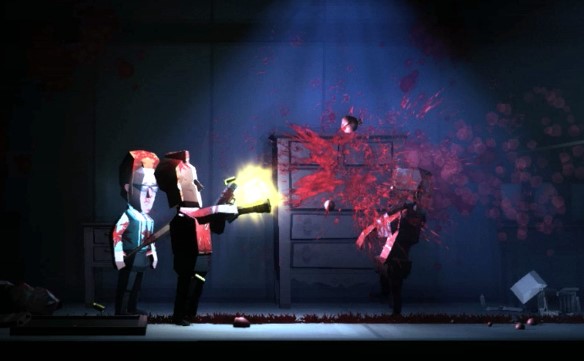 As Halloween draws closer, a slew of scary titles prepare for release, hoping to steal our attention away from terrible horror movies and kids candy.

Phantom Halls is one such title but one that is shaping up better than most.

Inspired by B movies like the original Evil Dead, Phantom Halls is a horror-comedy roguelike that could have more than enough entertainment value to see through the Halloween season.  It even includes a licensed Evil Dead 2 content pack featuring Ash Williams.

Phantom Halls is a squad-based title with matches.  Each match sends a group of papercraft teenagers into a procedurally-generated mansion filled with monsters. No two playthroughs will be the same.

The game is certainly destined to be a fun multiplayer title, but interestingly, in the single-player mode each character’s action is controlled by a different key.  This should lead to awkwardly-amusing moments as you attempt to navigate the characters, similar to Octodad.

While certainly not a game for those looking for terrifying scares, Phantom Halls is one to watch for those who just want to have a bit of fun in between handing out candy to trick-or-treaters.

Phantom Halls is available on Steam Early Access now for £9.99.