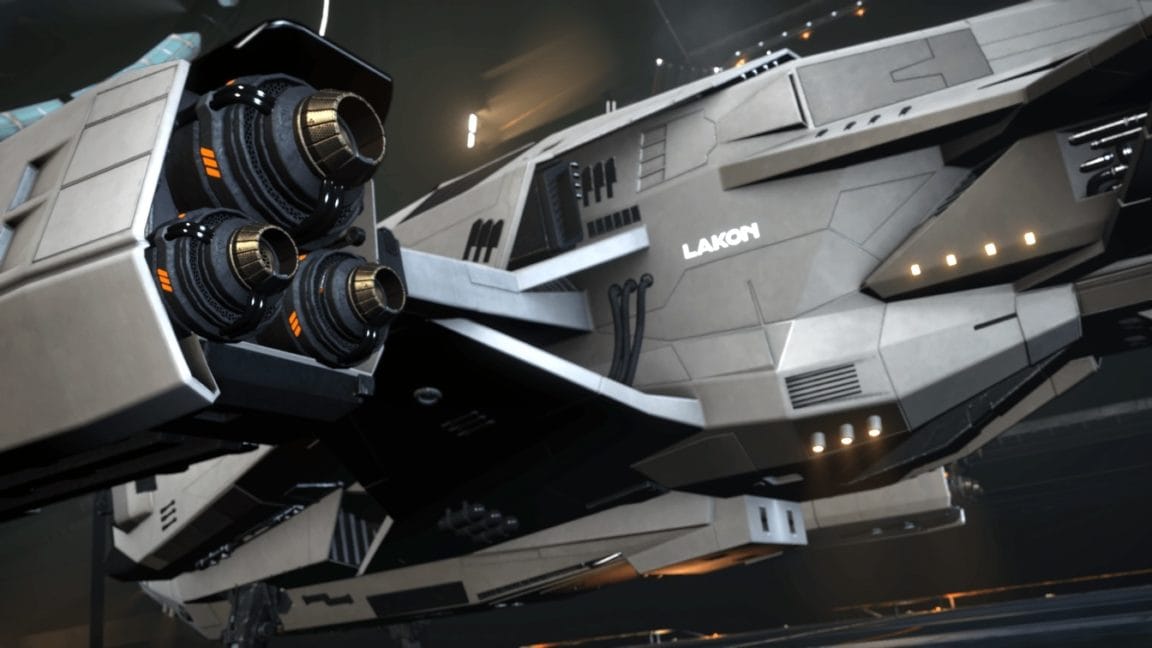 Frontier Developments revealed a number of new details about the much-anticipated Fleet Carriers at Gamescom, along with information regarding other improvements coming in the September and December updates.

The September update will focus on improving the starter experience for new commanders – something I’d be tempted to check out, given my experience when returning to Elite Dangerous.

The update will add a fully-voiced in-ship tutorial, covering the basics of space flight, combat, travelling, and scanning.  For current players, the September update will also rework Frontier Points, rebranding them as Arx, a form of virtual currency used to buy Game Extras such as Paint Jobs, Ship Kits, Bobbleheads and more.  Arx will be purchasable with real-world cash or earned by completing regular in-game activities.  The September Update will release on 17th September for PC, PlayStation 4, and Xbox One.

The bigger announcement surrounded the December update, which will introduce the much-anticipated Fleet Carriers.  These behemoths can support up to 16 player ships and will be purchasable “for a large amount of credits”, though there is a limit of one per Commander.

You can see the new Fleet Carriers in the Gamescom reveal trailer:

The 16 ship capacity will comprise 8 large, 4 medium and 4 small ships.  Players will also be able to set permissions to allow others to dock.

As you would expect the Fleet Carriers will be customisable, with players being able to choose between loadouts to fit their play-style and objectives.  Those looking to explore the distance starts will be glad to hear that they can schedule jumps from the Galaxy Map from wherever they are, however there is a 500 light year jump range per jump, and a unique fuel resource will be required for jumps.

It’s great to see Elite Dangerous continue to receive support and expansions as we approach the five-year anniversary of its release.  With that being said, I will certainly feel a dose of ship-envy when I run into a Fleet Carrier in my lowly Vulture…