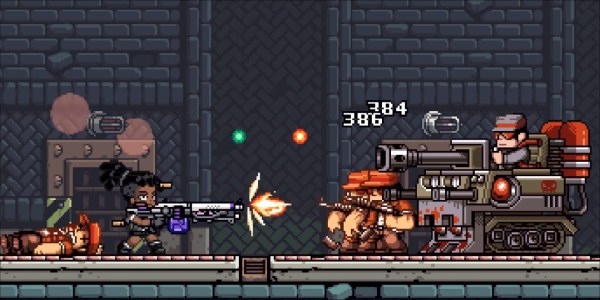 Mercenary Kings fans rejoice; the run-and-gun throwback has a definitive version out today.

Despite almost being four years old (an age in today’s industry), developer Tribute Games has released Mercenary Kings: Reloaded Edition.  Reloaded is essentially the original game with a handful of new weapons and crafting recipes, with the addition of two new playable characters and an all-new Steel Soldier mission, which gives players control of a new mech suit.  Pretty sweet, right?

Owners of the original Mercenary Kings on PC and PlayStation 4 will receive the Reloaded version as a free update, while Nintendo Switch, Xbox One and PS Vita fans will finally be able to pick up the game for the first time.

Here is the official release trailer:

Expect the GrownGaming review in the coming days.