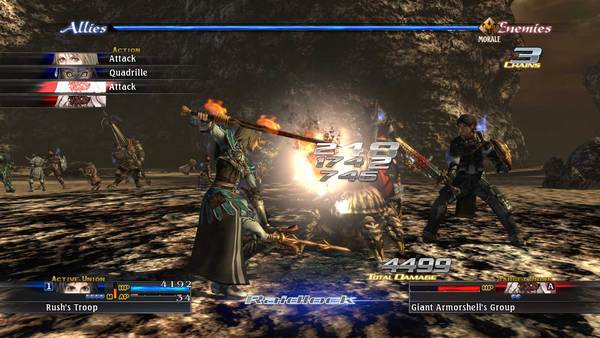 The Last Remnant originally released for the Xbox in 2008 and received a PC release the following year.  It generally received mixed reviews on release, but currently boasts a “very positive” user rating on Steam, which is no mean feat.  It sold reasonably well on release on both platforms and has continued to sell via Steam sales and Humble Bundle.

That’s why it came as a surprise when Sunil Godhania announced via Steam that Square Enix is discontinuing The Last Remnant and will shortly be removing the game from both physical and digital sale.  The almost decade-old game will be removed on September 4, 2018.  No reason was given for the withdrawal, but that doesn’t stop us from speculating.

There could be several reasons for Square Enix removing The Last Remnant from sale.  It may no longer be financially viable, though that is unlikely in today’s largely digital market.  It could also be due to licenses coming to an end, as we saw with Alan Wake, though you’d expect Sunil to have mentioned it in his announcement.

Another reason could be that a remaster is in the works.

The Last Remnant is a reasonably successful title but one that many gamers have missed out on.  I personally picked it up in a sale for a few dollars several years ago.  It is destined to never be installed as it still sits in my ‘Pile of Shame’ to this day.  Despite being a game that many may not have played, it is a name that many will be familiar with.  This makes it a prime candidate for remastering.

By all accounts, The Last Remnant’s key asset is its story.  Many gamers who have seen it through speak fondly of their time with it.  I’m sure that they would be open to replaying it with improved graphics and some modern game mechanics.  Gamers yet to experience it may be more likely to play a remastered title that holds up to today’s standards.

What do you think?

Would you play a remaster of The Last Remnant or should Square Enix be concentrating on other titles?