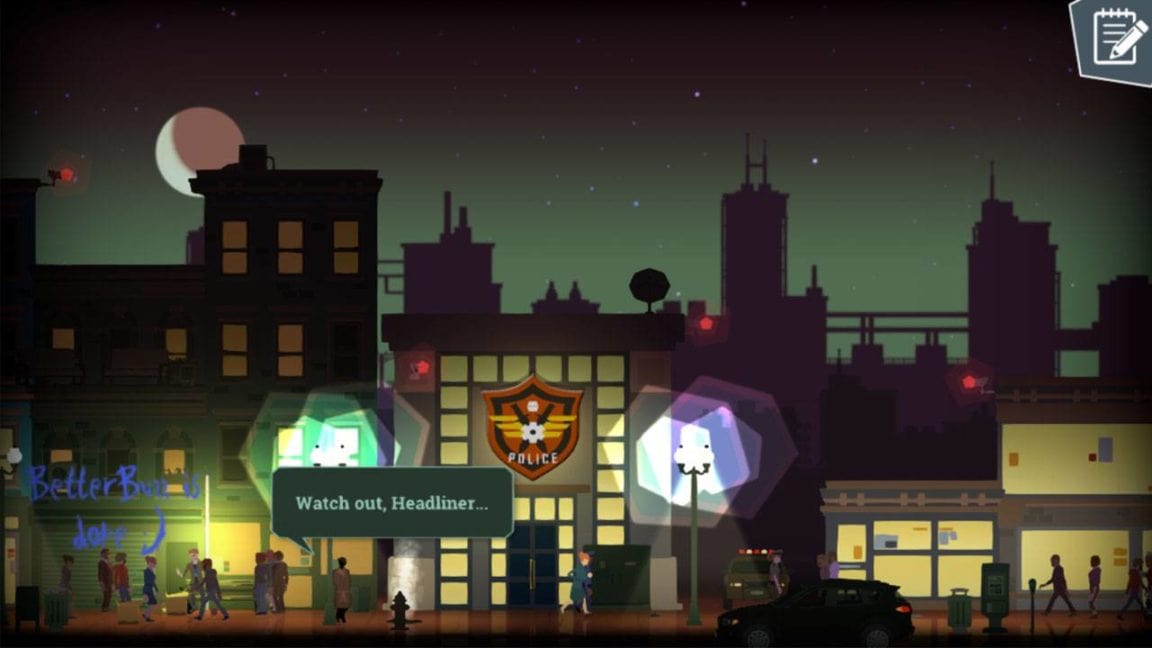 Unbound Creations’ news editor sim Headliner: NoviNews launches Nintendo Switch today.  What I thought would just be a spin on Game Dev Tycoon and Game Dev Story actually has a very interesting visual style and relies much more in decision making to allow it to stand on its own.

Taking control of a “Headliner”, players operate as the chief editor of the country’s largest news publication. The role comes with much responsibility, such as deciding which stories to run, meeting quotas, keeping the audience engaged, and ensuring that enough money is coming in.  As with the real world, controversy equals clicks, and there is much opportunity to capitalise on a world in conflict.

When not chained to a desk making business decisions, players can also walk the streets as a custom-made avatar, giving the opportunity to observe how the stories the publication ran influenced the public.

It’s an interesting concept delivered with gorgeous visuals.  Expect a review on GrownGaming in the coming week.

While Headliner is initially being released on the Nintendo Switch, PlayStation 4 and Xbox One versions are expected to be released in December.