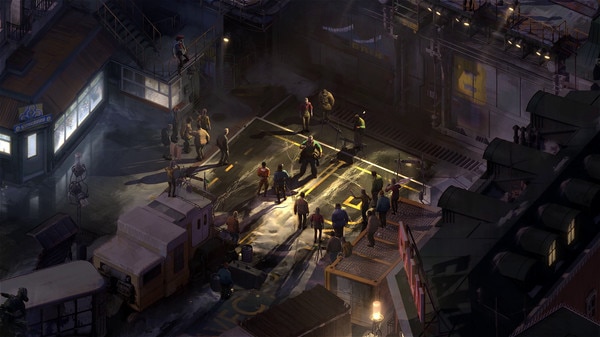 ZA/UM has announced that a new update to their multi-award winning title Disco Elysium has introduced a ‘Hardcore’ mode, along with widescreen support.

The difficulty of every Check goes up, significantly reducing your chances of success. Given that this will basically render your alcoholic detective even more useless, this challenge will be the more difficult of the lot to overcome.

You’ll have even less money, so you’d better get used to picking up every single sellable item and bottle you can find.

You won’t be able to afford as many items.

In addition to being poorer, prices are also going up, with pharmaceuticals specifically mentioned.

You’ll need to turn to cigarettes and alcohol, baby.

Given that you won’t be able to buy as many pharmaceuticals, you’ll be relying on booze and cigarettes to clear your head and build courage.  Just be careful of the side effects!

Your possessions will be much more important to you.

The few possessions you do have become more important.  Not just the FRITTTE carrier bag.

You’ll have to think more carefully.

The Thought Cabinet debuffs will present a more significant challenge when faced with the above challenges too, but on the flip side, the bonuses might encourage you to play in different ways.  Kinda a lose-win situation.

The devs have acknowledged that “failure builds character” – in this case, you’ll gain extra token amounts of XP every time you finish a task and you’ll level faster and higher, if only marginally.

I’ll admit, I’m not hardcore enough for this new mode.  I’m the kind of gamer who spends too much time agonising over each decision, loathing the thought of having to reload, and who takes the less-risky route whenever possible.  With that being said, being encouraged to take a few more chances could result in a wildly different second play through, so never say never.

If you haven’t played Disco Elysium yet, you absolutely should.  And, if you act fast, you can pick it up for 20% off on Steam.