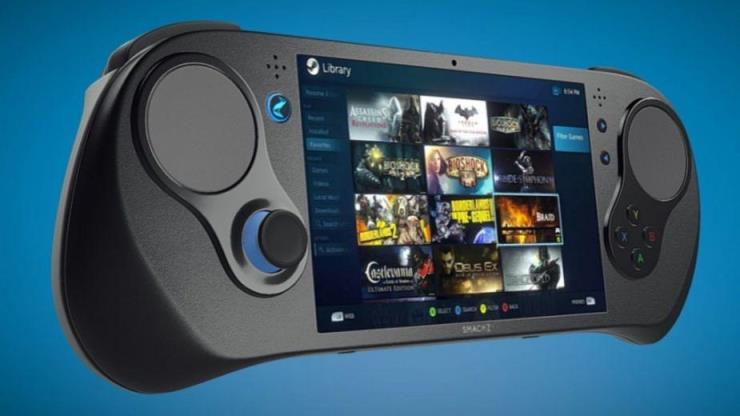 The Smach Z promises almost everything a PC gamer could ask for in a mobile gaming device. But, is all as it seems?

As a PC gamer, I’ve long sought for a solution to take my gaming collection on the road. The choices are limited:

But, I’m not delusional enough to pretend that this is a solution. If anything, it highlights the need for a real solution.

So, it all sounds great, right?  Wait until you see the specs:

They stress that some of these specs depend on stretch goals, but it doesn’t seem too bad.

Now, I’ll readily admit that I’m a bit of a skeptic when it comes to Kickstarter. Promises are made and, unfortunately, many are not delivered. The Smach Z could be the mobile gaming device I’ve spent countless hours of my life searching for – but there are a few too many grey areas for me to make the call yet.

Admittedly, those are very impressive framerates for a handheld gaming device.

Now look at how the Smach Z compares to the consoles currently on the market:

The Smach Z is more powerful than a Wii U, PS3 and Xbox 360 by a considerable margin, while only approximately 1/3 less powerful than a PS4. Jaw-dropping. But, then the developers drop in the following disclaimer:

Remember that these benchmarks are being run on the AMD development board with the final hardware, and not directly on the current cased prototype, which have weaker hardware. Check the prototypes section for more information.

By the end of the Kickstarter campaign, I don’t know where I stand. On paper, the Smach Z is my dream handheld console, but there are too many gray areas. Unfortunately, in the past Kickstarter campaigns have overpromised and underdelivered, and seeing so many disclaimers dropped throughout this campaign makes me more than a little nervous.

But then the other part of me feels optimistic. If this handheld console is legitimately as powerful and capable as we are being promised then we could be looking at the ultimate handheld gaming device.

I won’t be backing this project, but I will be following it with bated breath.