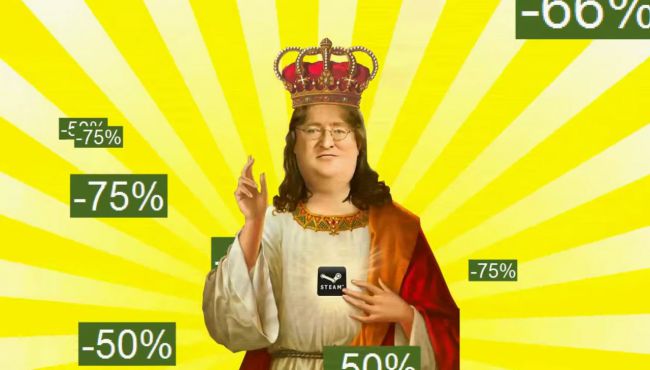 According to Forbes, Gabe Newell is now worth $5.5 billion, making him one of the 100 richest Americans.

It’s safe to say that Gabe won’t have to think twice before splurging on a handful of $5 games he’ll never have time to play in the next Steam sale.

Confirmation of Gabe’s worth came in Forbes’ most recent list of the 400 richest people in the country where he was confirmed as being entry 97.  That’s no mean feat considering that admission to the country’s most exclusive rich club jumped nearly 18%, meaning that the minimum net worth to make The Forbes 400 list of richest Americans is now a record $2 billion, up from $1.7 billion a year ago.”

In the article, Forbes noted that Gabe has been at the head of Valve since he co-founded it in 1998 and they estimate that he owns just over half of it.  With Steam having over 125 million users, it’s safe to say that the one known as Gaben is likely to feature even higher on the list next time around.

Unless he starts buying loot boxes.