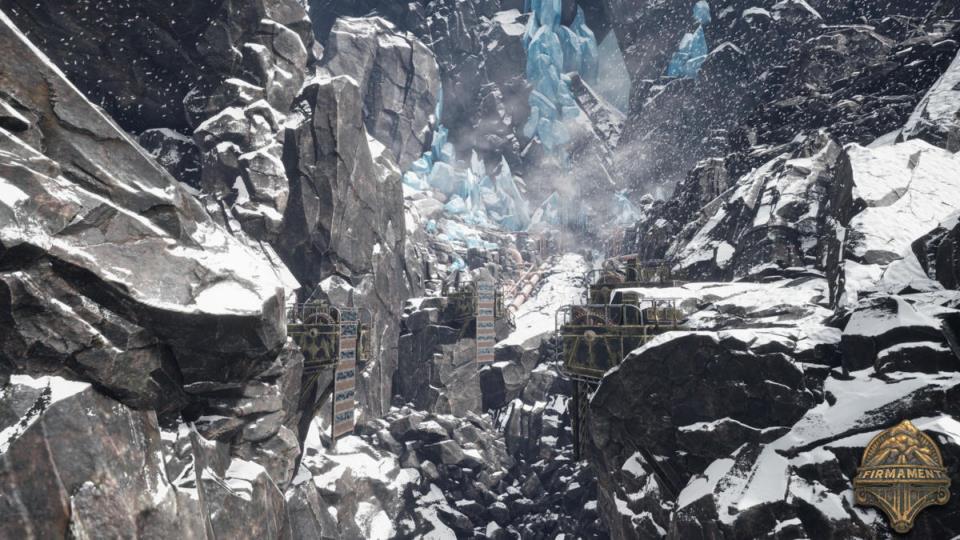 BY CINDI CLINTON: Remember Myst, Riven, and Obduction? Okay, I didn’t know about Obduction either, but I fondly remember the beautiful environments of Myst and Riven where my only job in life to was to wander, explore, and solve a few puzzles.

After teasing about Firmament at last year’s Myst 25th Anniversary event, Cyan is back with a Kickstarter that, if funded, would mean a release of this new adventure in the summer of 2020.

There’s a Grand Mystery in Firmament

Firmament is Cyan’s new next-generation narrative adventure game, which will be playable in VR and PC format. Imagine a game as beautiful as Myst in VR. The game was originally intended to be VR only, but after some outcry, the developers have included a PC version. Players can expect to be able to seamlessly switch between VR and PC to continue progression through the game.

Firmament promises to be a unique and somewhat solitary experience. I say somewhat because players will discover an ever-present companion called a mechanical or clockwork adjunct, which is an integral part of both the story and solving the puzzles. How does the adjunct fit into all of this? Where do you fit in? Cyan is being understandably tight-lipped about the secrets that may unfold, saying, “We’ve already revealed too much.”

Like Myst that came before it, you enter a beautiful and mysterious world that is yours to explore. You are almost achingly alone. There is no competition. There are no baddies to kill. There’s no reason to continually look over your shoulder. Or is there? 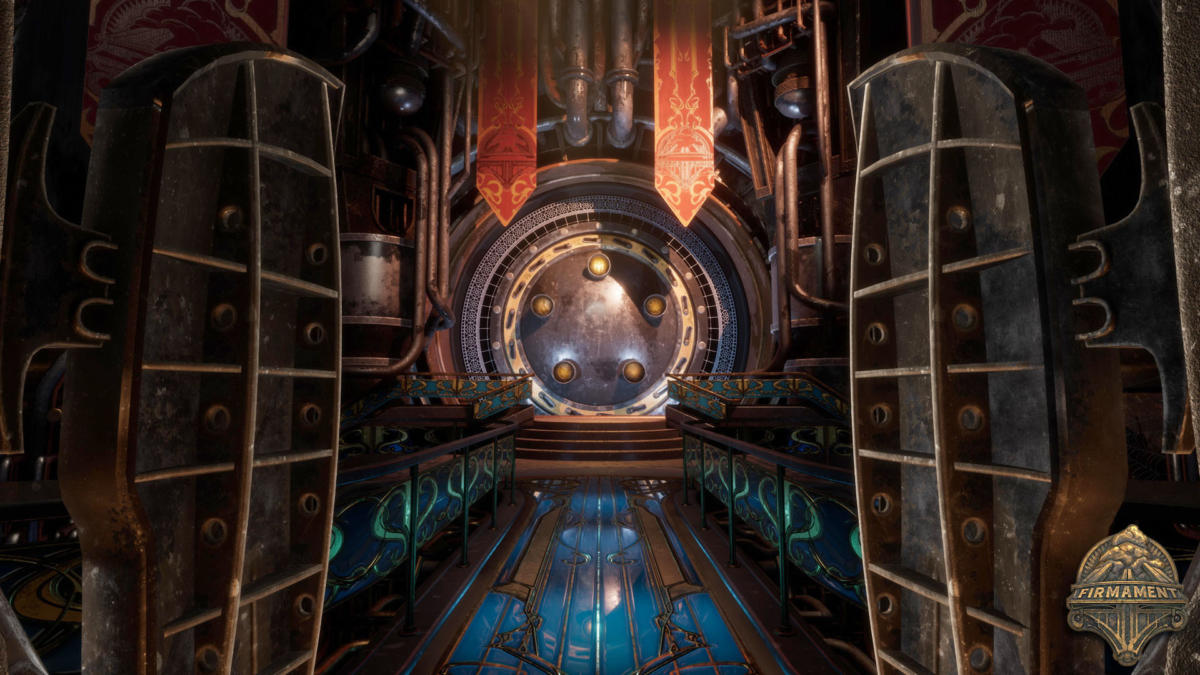 Firmament is pure exploration with majestic rocky vistas, interesting landmarks that draw you ever further into the game, and puzzles that hint at answers while deepening your sense of wonder. You don’t know where you’re going or what will happen when you arrive, but everything makes you want to get there. Everything makes you feel like you were destined to be there.

One thing that is especially compelling about this environment is that it’s a land of ice, cold, snow, and wind. These weather conditions add an eerie apprehension about answers that feel just out of reach. The steampunky-magic vibe is interesting in its own right and a callback to Myst.

Sadly, there is no Mac version of Firmament at this time and one isn’t planned, but only due to funding limitations. Myst actually came out on Mac, which is what my family used to play it on, so Cyan is open to the possibility. However, the costs for making the game playable on Mac are substantial. Cyan has stated that Kickstarter funds would need to greatly exceed the target in order for them to be able to consider the possibility of a Mac version.

Mac users aren’t totally out in the cold, though. RealMyst, Riven, and regular Myst are all available on iOS.

Check Out the Firmament Kickstarter

Firmament is in the Kickstarter phase. If the funding goal is reached by April 26, 2019, the estimated delivery date is set for July 2020. And before you say a big video game company shouldn’t be using Kickstarter, let’s clear the air a little. Cyan is a small, indie studio with a cult following and doesn’t have stacks of cash laying around for new development.

Funding games like this is a very good use of Kickstarter. The company has had prior successful Kickstarter campaigns that have been fulfilled, so Cyan’s project looks like a great investment that will be delivered.

I like the Kickstarter option because it gives fans a chance to be a part of the growth of a game studio they’ve come to love. If you haven’t heard of Myst, Riven, and Obduction, I invite you to check them out at Cyan’s website. Myst first came out in 1993, so it’s an older game. Its successor, Riven, was released in 1997. Both of these games have a following that survives today.

In fact, even actress Mia Farrow counts herself a fan of Myst and Riven, stating in a tweet, “Also the first version of Myst was released in 1993 & I think it’s still one of the BEST video games.” She later went on to also recommend Riven to a commenter (who just so happened to be the ex-wife of Richard Dreyfuss).

If the previous game quality is any indication, Firmament is going to be an amazing experience that provides backers with some cool perks. The lowest level of investment that gets backers the game is a mere $30. Check out the Firmament Kickstarter campaign for the different reward levels and their associated perks. Don’t miss out!