Michy Batshuayi‏ demanded that EA Sports improve his FIFA 18 rating after scoring a hattrick.  They responded by making him the best player in the game.

Batshuayi‏ learned that he would be rated 80 out of 100 in FIFA 18 – some would say generously. 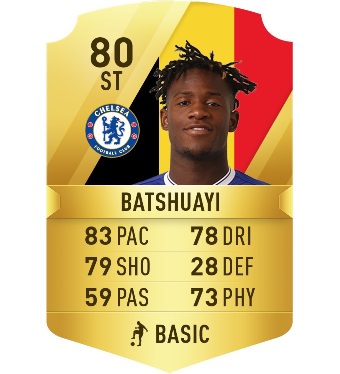 The Belgian took exception to this however and sent out a video of himself holding his stats card and shaking his head, accompanied by the message “PLEASE EXPLAIN @EASPORTSFIFA”.

The response from EA?  “Keep scoring goals and we’ll talk…”

Batshuayi‏ ended the exchange with “Hahaha fair point but I’ve been doing this for quite a long time now… even longer than the last time your servers were OK.”  Ouch.

That seemed to be the end of it until the striker scored a treble in the Blues 5-1 win over Nottingham Forest in the Carabao Cup on Wednesday.  With the strong display against inferior opposition under his belt, Batshuayi‏ returned to Twitter

With his stock having risen, Batshuayi‏ continued his dialogue with EA with “Can we talk now fam … ??”

EA, to their credit, jokingly responded with an updated card giving Batshuayi‏ a 99 rating, which would make him the best player in FIFA 18.

Check out these stats: 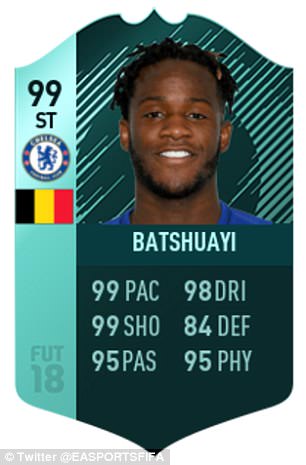 Even Batshuayi‏ himself admitted that the 99 rating was overly generous as he responded with “Ahahah its too much now save it for later.”

FIFA 18 will be released in the UK on September 29.