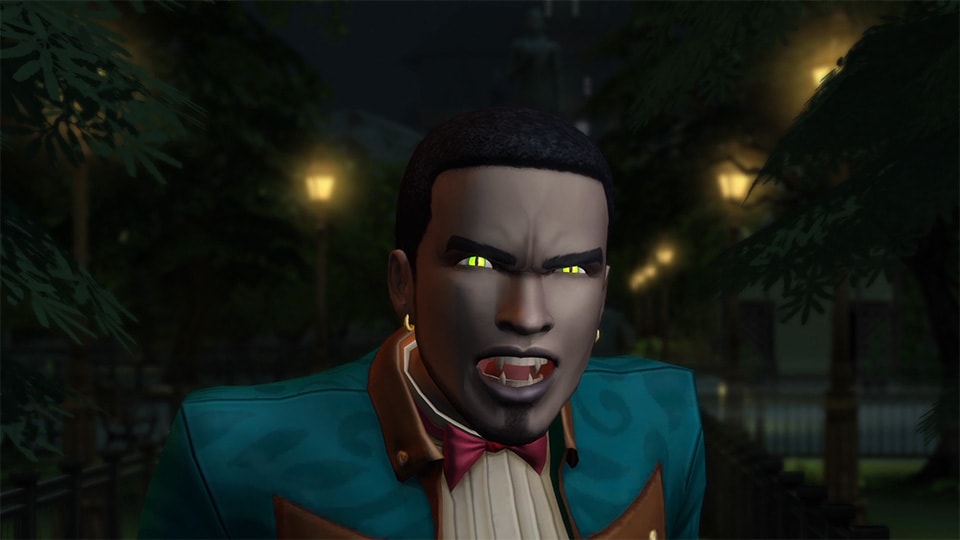 The Sims 4’s next game pack will bring vampires. You’ll finally be able to live out your twisted Twilight fantasies in the comfort of your own home.

The Sims 4 Vampires Game Pack will arrive on January 24, and includes vampire motives, powers, and needs.  Needs will be focused on gaining enough Plasma, Powers and Sleep.  Plasma can be obtained in a variety of ways, but the traditionalists will favour the old-fashioned method of creeping up on unsuspecting Sims with a menacing laugh.

Powers will include the ability to turn other Sims into vampires, and the option to change form.  There will be a new lot trait encouraging vampires to visit your Sim’s house, which you can decorate with some awesome vampire-inspired decor.

Speaking of your Sims, new options when creating a Sim will be introduced, such as glowing eyes, washed out skin and fangs.  Because, obviously.

As if that wasn’t enough if you decide you’d like a change of scenery, the game pack also introduces a new world to reside in; Forgotten Hollow.  Founded by Vlad, Forgotten Hollow has five lots centred around a plaza area and been designed to look extra creepy with a moody atmosphere and a longer nighttime.

No price has yet been announced for the Vampires Game Pack, however, it is expected to retail for a similar price as the previous game pack, Dine Out, which costs $20.

And, yes, you can WooHoo in coffins.