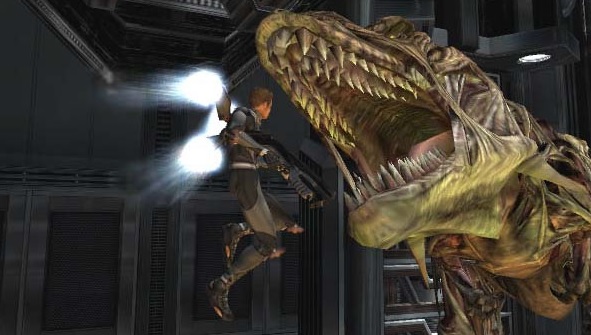 Capcom Development Studio 1 has provided via Twitter small hope that Dino Crisis may be revisited in the future, “If a lot of people wish.” The last entry in the franchise was 2003’s Dino Crisis 3, which acted as a conclusion. A massive departure from the format of the prior games which was essentially Resident Evil with Dinosaurs, DC3 moved the franchise into the future and was set on a space station full of out of control DNA altered Dinosaurs. Dino Crisis 3 was released to mostly mixed-to-negative reviews, which resulted in the series being put on hold.

Other instalments in the series are Dino Crisis, Dino Crisis 2 and Dino Stalker.

Would you enjoy a Dino Crisis revival?