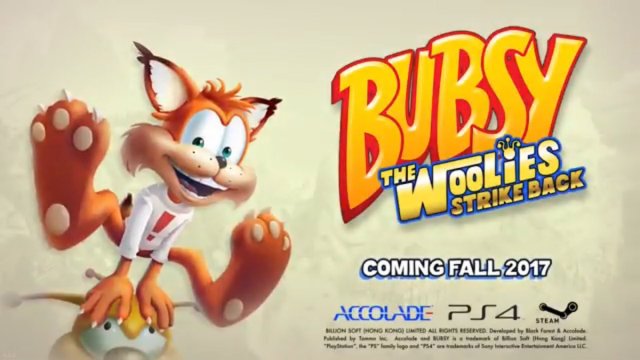 After a 21 year hiatus, Tommo Inc has announced the return of Bubsy in Bubsy: The Woolies Strike Back.

Bubsy: The Woolies Strike Back has been announced for the PlayStation 4 and Windows platforms and is set to be released in September.  It’s been 21 years since Bubsy last graced our screens, with the commercial disaster Bubsy 3D: Furbitten Planet being labeled as one of the worst games ever.  Ouch. The new Bubsy title will see the franchise return to its 2.5D sidescrolling roots, stepping away from the poorly implemented 3D platforming experience delivered in the last version.

Will Bubsy: The Woolies Strike Back make the successful revival of the Bubsy franchise? Or will it once again be buried for over 20 years? We will have to see.