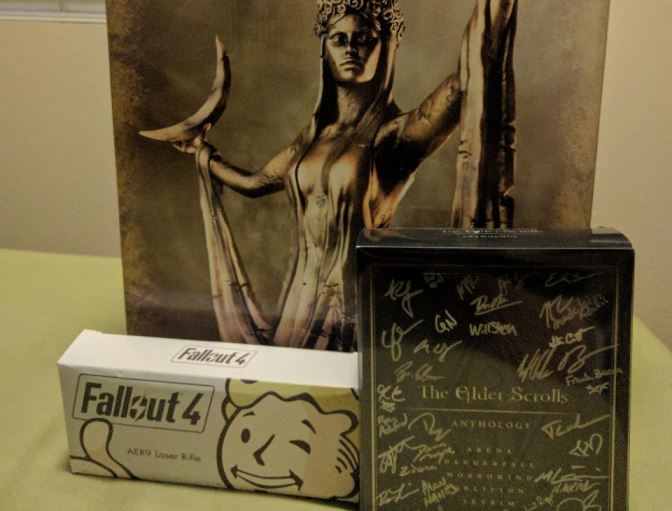 Around a week ago a gamer was saved from a bullet by his The Elder Scrolls Anthology collection.  Now, Bethesda has sent him the most awesome gifts.

We wrote about velorok‘s narrow escape last week and, as we guessed, Bethesda has well and truly hooked him up.

Velorok’s The Elder Scrolls Anthology is what saved his life last week; how he has the most awesome anthology out there.  The replacement copy has been signed by the team… 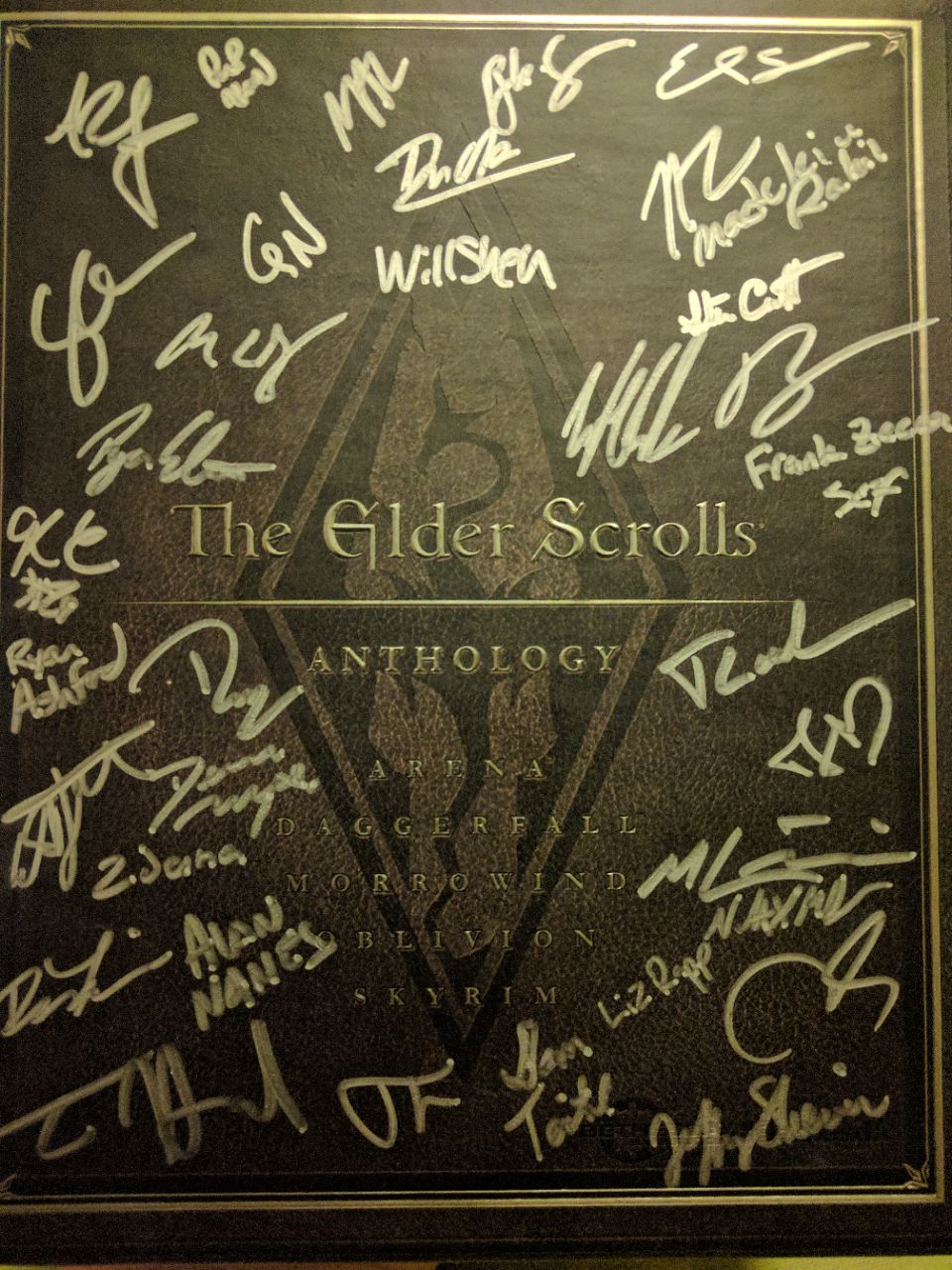 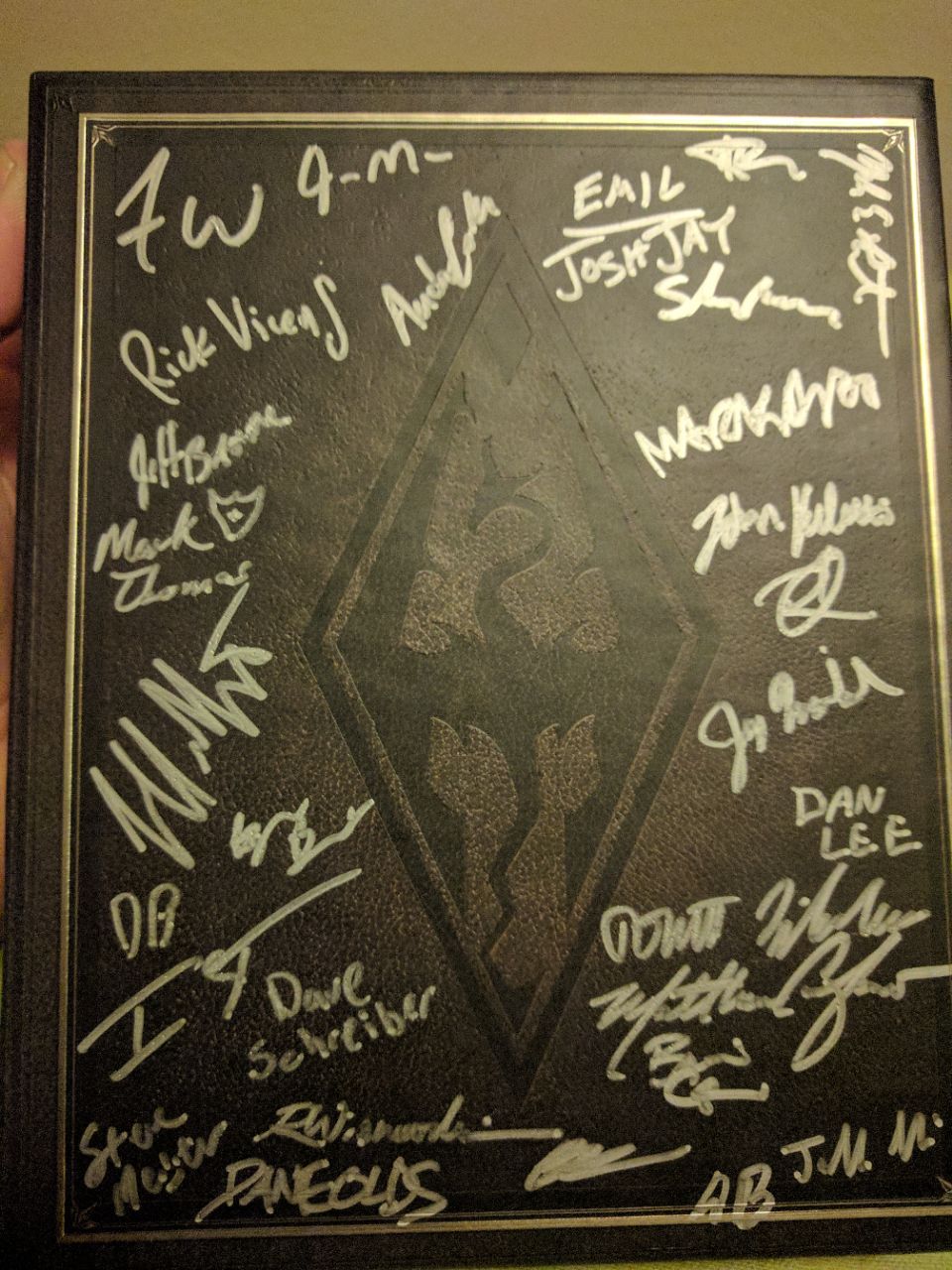 …and even down the side. 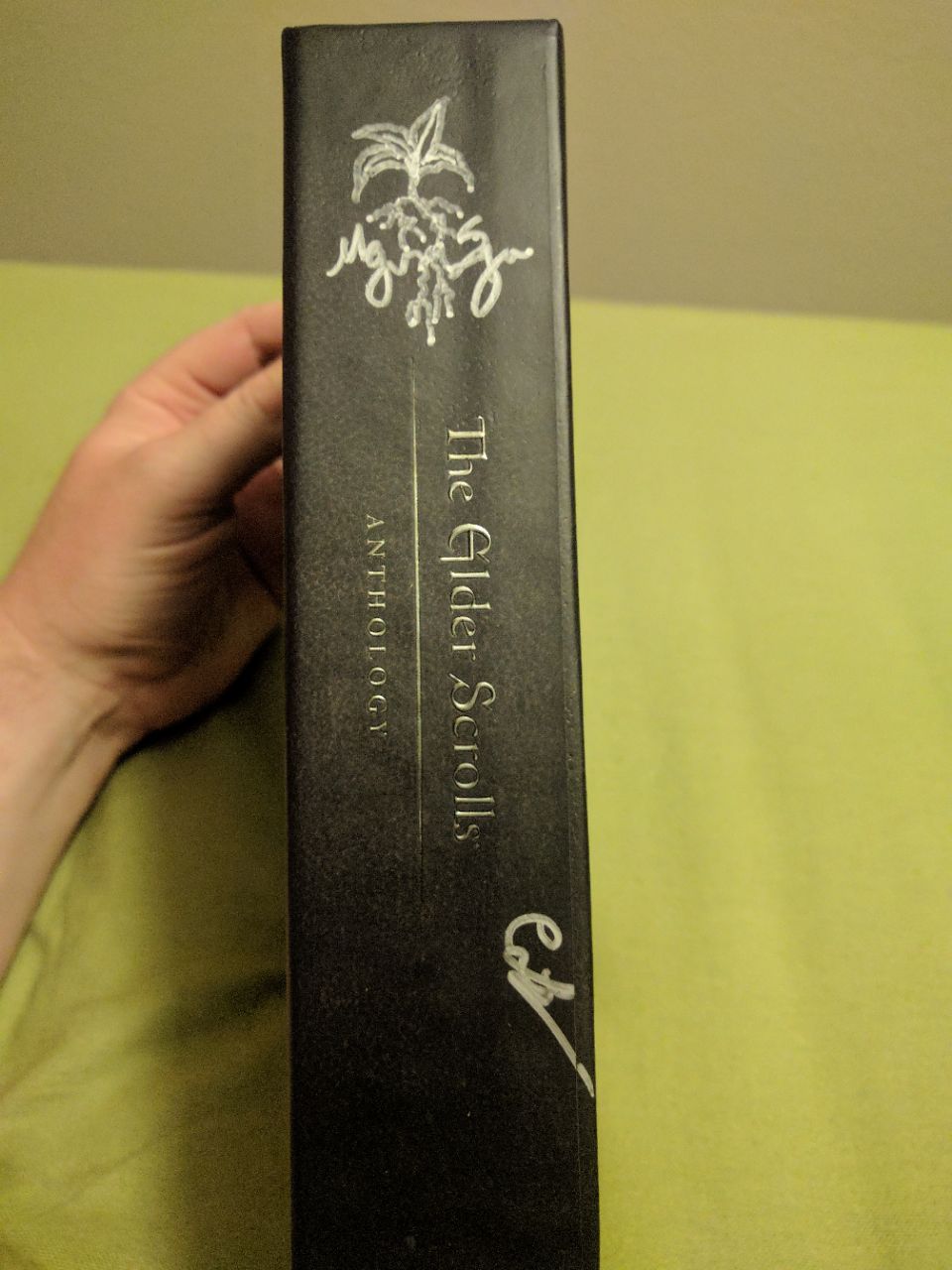 Next up is the AER9 Laser rifle, a weapon that velorok noted is one of his favorite. 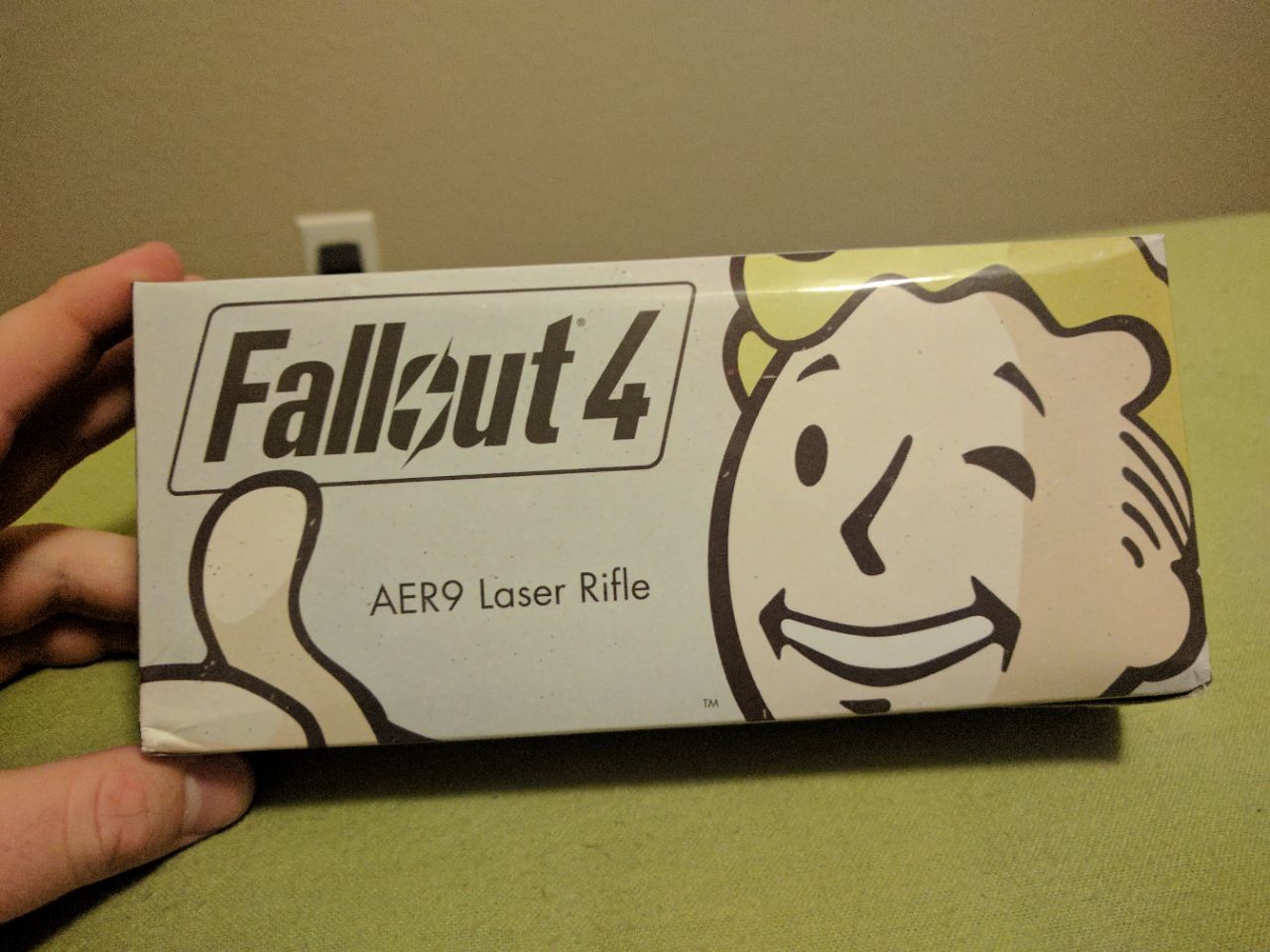 Fallout is his second favorite game series, after The Elder Scrolls (don’t pretend you didn’t see that coming!) so this is a pretty sweet gift.  Wait until you see the awesome detail on this thing: 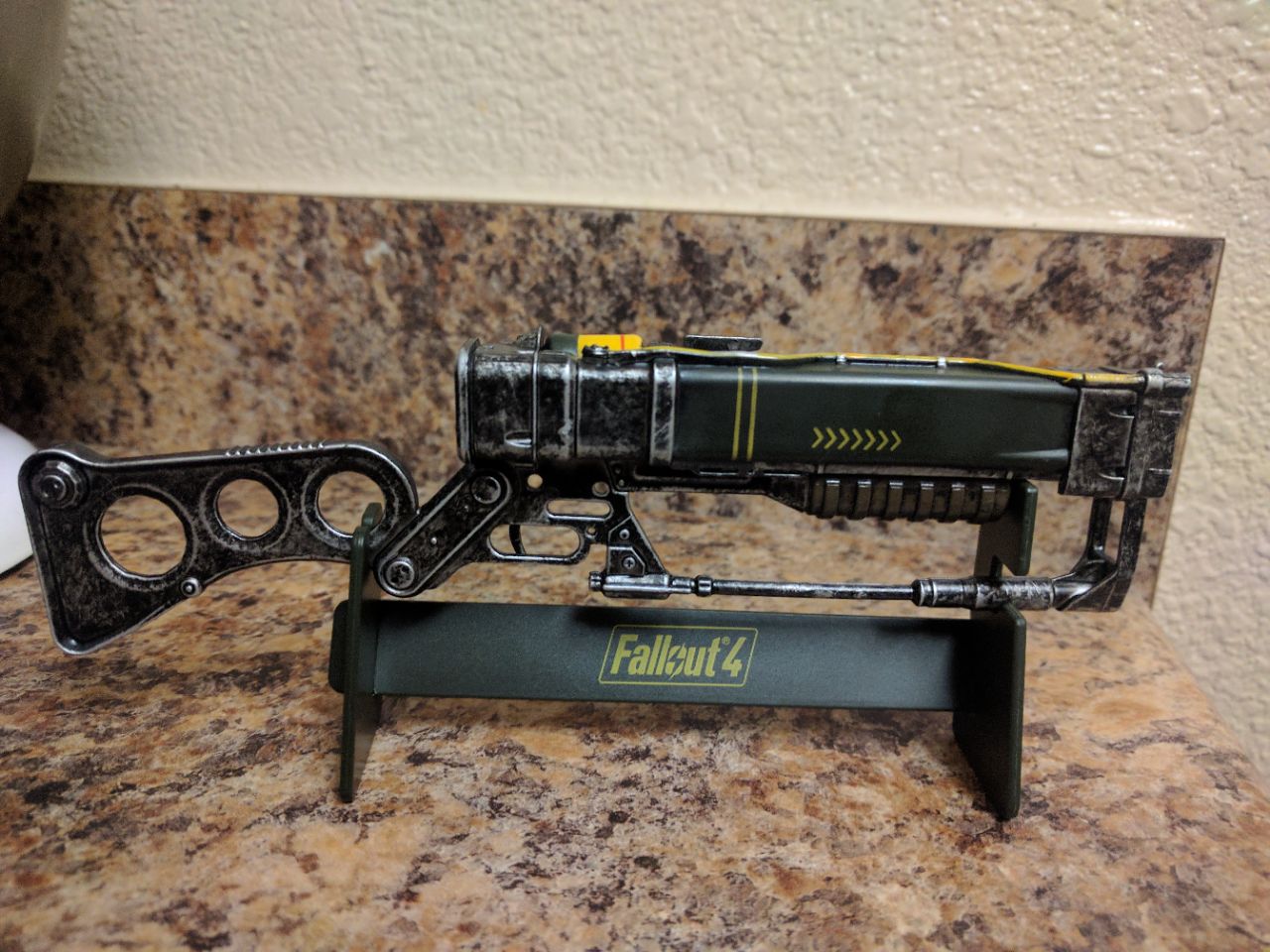 Finally, the boxed Shrine of Azura.  velorok noted that it feels like it is made from high-quality parts, and that as his favorite game is Morrowind, Azura will always have a special place in his heart.  But, that’s not what makes this particular statue truly special. 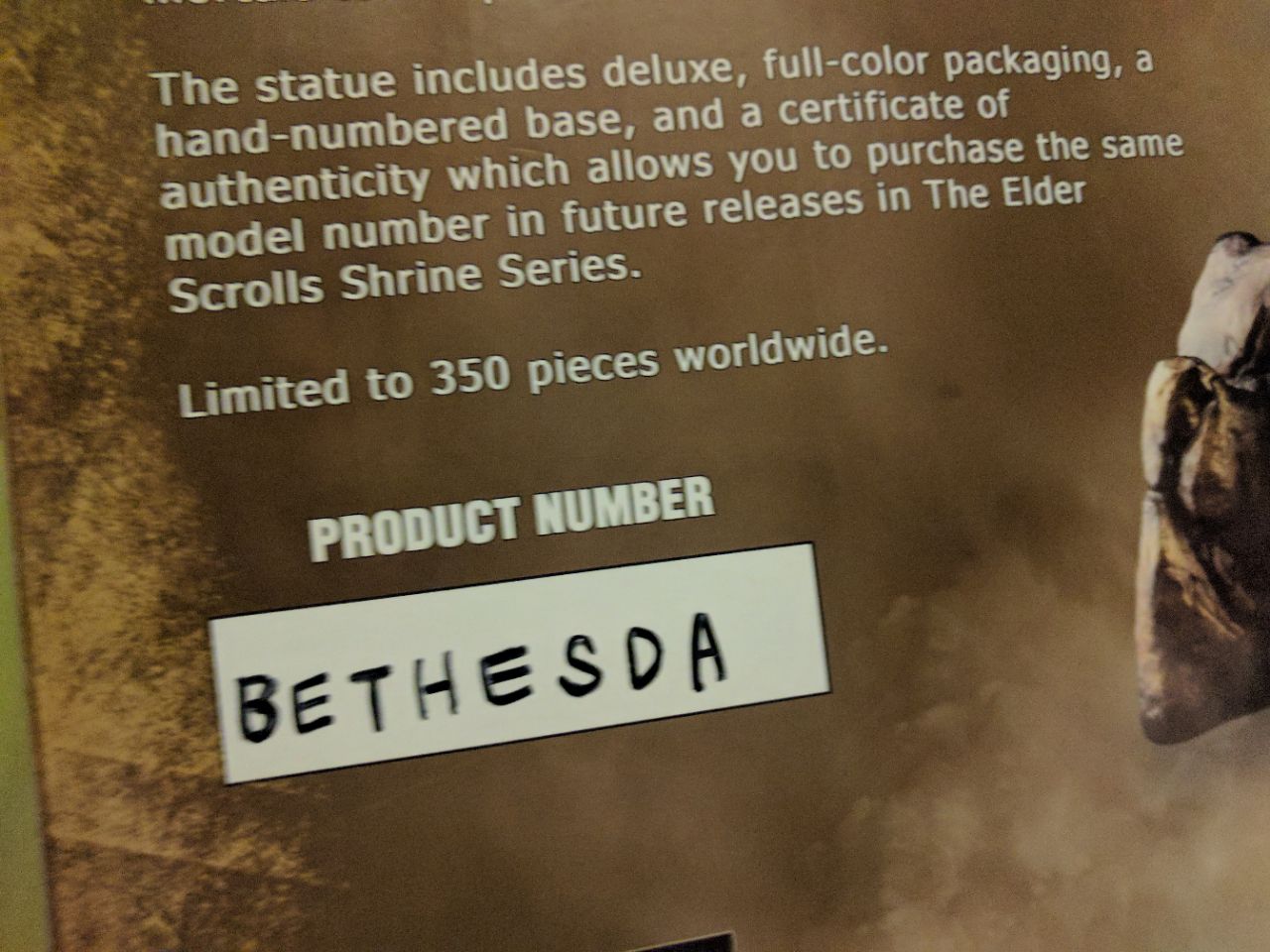 There are only 350 in circulation and velorok got the one with the product number BETHESDA.  That is so, so cool.

Collectors among you would argue that the statue should have remained boxed so it would hold its value but velorok is a fan and fans don’t think about selling their things on – they just want to enjoy them.  Check this beauty out: 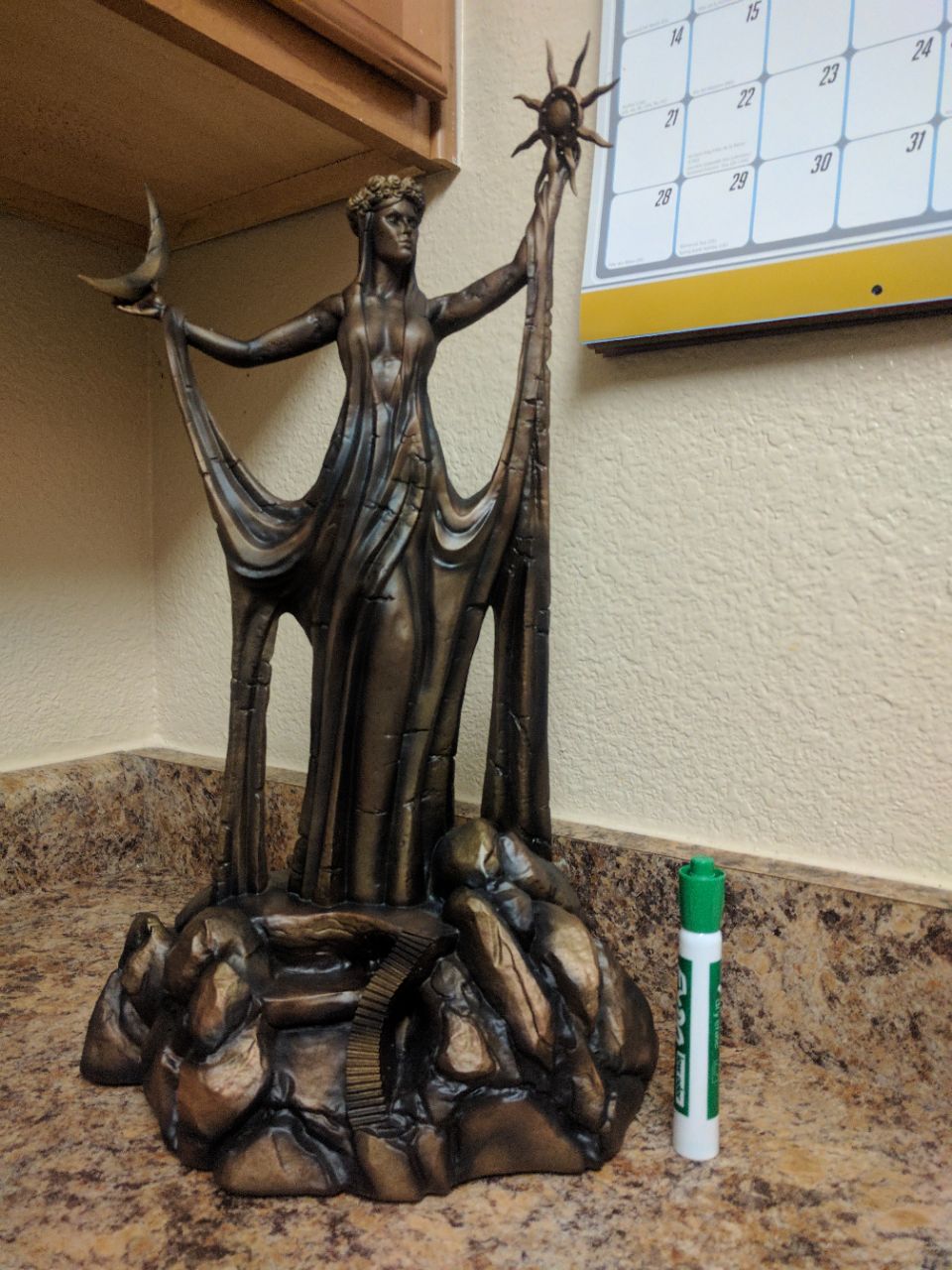 Now, some would argue that Bethesda gets free publicity from this story circulating but at the same time, they have made a true fan of theirs very happy – nothing is more special than that.

To leave comments and to show your appreciation to Bethesda, check out the post on Imgur.