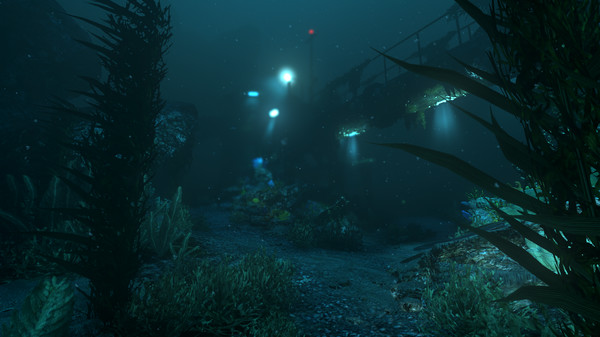 Trapped at the bottom of the ocean, pursued by nightmarish horrors and crippled by existential dread, SOMA is by no means a dull walking simulator. The riveting storyline and foreboding setting make it a near-perfect horror title.

SOMA is a sci-fi survival horror game released in 2015 by Frictional Games for Playstation 4, Windows, OS X and Linux. A release for Xbox One followed in December of 2017.

Frictional Games are certainly not newcomers to the horror survival genre, having indie darling hit Amnesia: The Dark Descent already under their belt.  At the time, SOMA provided a new and often underused perspective on survival horror games and that remains true today.

Although there may be the odd jumpscare and horrible unkillable monster lurking throughout SOMA’s underwater world, the game’s real scares lay in its themes of existential dread, consciousness and identity. 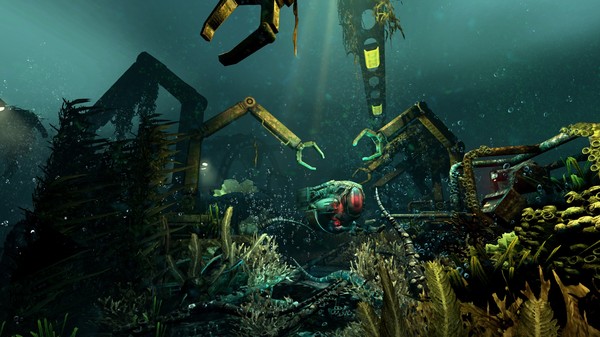 Playing through SOMA was a rollercoaster of discovery, anxiety and self-questioning. The game’s central themes are deeply philosophical and truly thought-provoking, and by the end of the game, you will be questioning what being human really is.

We play as Simon Jarret, an everyman protagonist, who is undergoing an experimental brain scan in the year 2015. Simon loses consciousness during the scan and awakens in an abandoned underwater research facility (Pathos-II) in the year 2104. Most definitely a fish out of water.

Simon embarks on a mission to discover the nature of his presence on Pathos-II and what happened to the station and its crew. His journey takes him through the entire wreckage of the station and across the depths of the eerie ocean floor.

Along the way, Simon is stalked by hellish half organic half mechanical monstrosities, forced to solve puzzles and collect equipment and face questions about his own ideas of consciousness and identity.

SOMA’s gameplay is simplistic but engaging and extremely well executed. Interactions are mostly a “grab and pull” affair but they all have weight and responsiveness to them that feels natural and organically satisfying.

The world and environments are incredibly well designed and detailed. You will often stumble into a room and find a sight that is hugely unsettling yet deeply fascinating. The submerged world is atmospheric and exceptionally eerie. 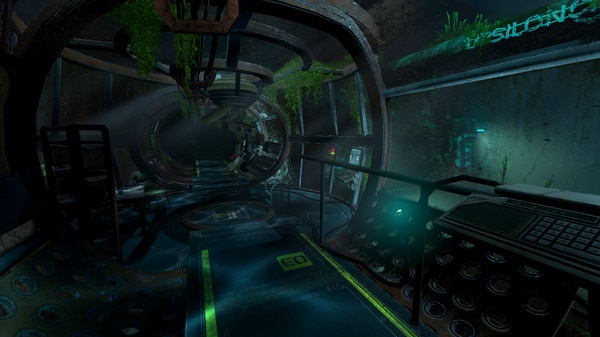 There is a ton of information and lore to unearth throughout Pathos-II, each snippet shedding a little more light onto the tragic events that have ransacked the station and its crew. I found myself hunting down every scrap of fascinating information possible along the way.

The level of detail in SOMA’s environments really is impressive, from textures and lighting to the contents of desk draws, everything seems to be exquisitely crafted with real thought and consideration to the tone of the game. It is a testament to the quality of the world that I found myself spending time taking pen sticks from desk draws and trying to insert them into nearby computer stacks for a good ten minutes in the off chance it would do anything at all.

There is no shortage of things to interact with in and around Pathos-II but you may not get as much time to explore as you’d like. A host of horrifying monsters also stalk the isolated research station and regularly do their best to rain on your parade.

The enemies of SOMA are unsettlingly gruesome and feature a horrific meld of man and machine. Avoiding their clutches relies on tried and tested stealth mechanics and a steady nerve. If horror isn’t really your thing, I’d play this game with the lights on and a comfort pillow nearby. The game also effectively utilises a small number of jump-scare moments but this device is not overused and never becomes expected in the 8 to 10 hours of gameplay.

There are many unsettling things about SOMA, the monstrous enemies are just one. Even the health regeneration system is creepily off-putting. In order to regain health Simon must interact with strange alien clusters scattered around Pathos-II. 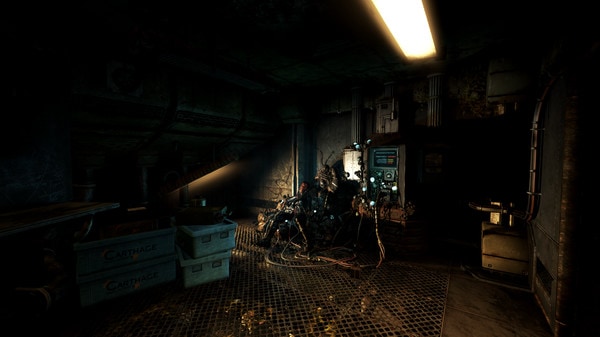 At first, Simon must only touch the strange fleshy mounds to regain health but soon he must insert his fingers, then his hand then his whole forearm into the strange orifices. The latter insertions also shake Simon with violent convulsions and visual distortions. In the later stages of the game I literally found myself avoiding healing due to the very real unease using this system caused me.

The puzzles and obstacles in the game are a good mix of physical and mental tasks that organically fit into the story and world. The hardest points of the game for me were a number of moral choices that left me pondering my actions for a number of minutes.

Sadly these moral choices posed by SOMA do not affect the storyline or conclusion of the game in any way. I feel this is a real failing on the part of the game. Having choice without real consequence woefully undermines the weight of the decision that was made.

Finishing SOMA left me with a feeling of satisfaction but also a head full of philosophical musing and questions about my own identity. When these thoughts passed I felt a slight pang of disappointment towards the game.

SOMA is a near-perfect survival horror title with fantastic themes, design and execution. But with a small number of additions and slightly wider gameplay scope, it could have been a truly amazing game that would have rivalled its triple-A peers.  If you haven’t played it yet, you should.