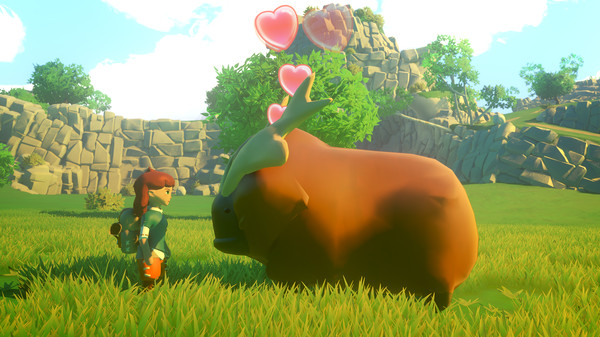 Before writing this article, I was faced with an age-old dilemma. My library was full of games I had not played yet with more releases on the horizon, and I had no idea where to start. So, with my controller in hand and library loaded up, I promptly opened the Nintendo Shop to search for a distraction from this insurmountable task. It must have been fate that night because in my procrastination to play any game I owned, I found exactly what my lazy evening needed. Yonder: The Cloud Catcher Chronicles, is an unfortunately named Adventure RPG from Prideful Sloth. The promise of an expansive open world mixed with farming mechanics, much like Harvest Moon, called to me from the screen. Soon I had a little less money and a new game to play.

With swift action, I booted up my newly acquired game and began my journey. Immediately the game presented a cute cartoonish style that added a certain charm to the character I created. Once my adventurer’s features were finished, the game’s story began. In this article, I won’t be focusing too much on story, but a basic understanding of the premise should be established. The game began with my adventurer on the sea enjoying a pleasant ship ride. In typical adventuring fashion the ship was only made to withstand the slight gust of a fan, so a storm comes and destroys the vessel. Passing out, my character entered a dream-like state where he was tasked with rejuvenating a land corrupted by an evil force. This all felt like a typical setup for a hacking and slashing fantasy romp, but Yonder had a trick up its sleeve.

Finally, I reach the main island and wake up with nothing but the clothes on my back. After a short tutorial traversing through a small cave, I emerged with a new companion and newfound freedom. This is when I noticed the odd thing about Yonder. To my surprise and delight, I discovered this game had absolutely no combat. Now, this may sound terribly boring. Where is the gameplay? What about the fields of slime creatures that I will have to battle for another 60 hours? Yonder replaces all of that with a hefty amount of charm and character that completely refreshes the Adventure RPG genre. 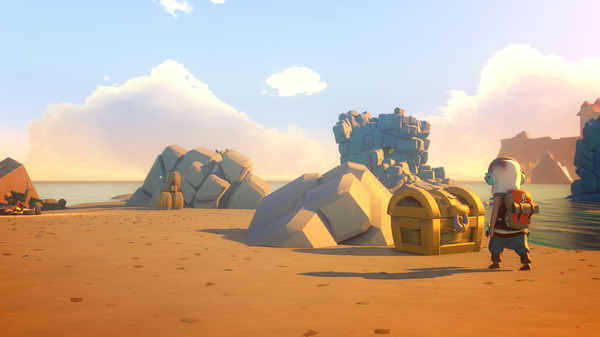 That’s right folks, Yonder includes nothing that can kill you and nothing that can be killed. Instead, players are tasked with running various farms throughout the land and keeping up with the village’s requests. This gameplay loop begins slow, but soon farm upgrades become unlocked as you get recipes from various guild leaders in nearby villages. These upgrades are crafted from raw materials found around the world, pushing players to explore every nook and cranny of this beautifully designed landscape. This simple loop allows for hours of exploration and questing while farms that have been discovered generate materials that can be used for crafting or trading. The natural cycle between these two core gameplay ideals acts as an addictive time-waster that I have personally already spent way too much time enjoying.

The absolute subversion of an RPG without combat may seem odd, but the creativity put into this game should not be underestimated. Yonder feels right at home on the switch and should not be overlooked as another generic RPG ported on from other platforms. Anyone that is looking for a stress-free and stunning experience should give Yonder a try, at least I know I will be returning to it for a while.

Yonder: The Cloud Catcher Chronicles is available now on PS4, Switch, PC, and Xbox One.