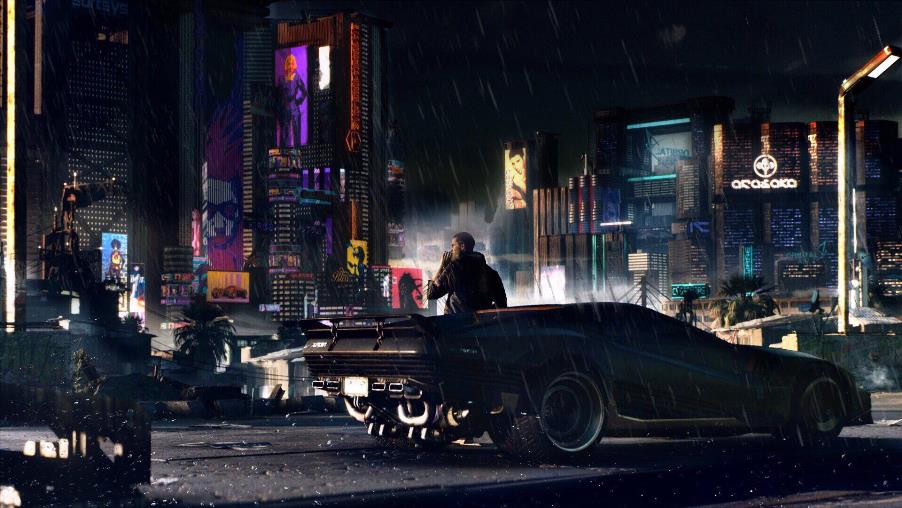 This is a collaborative article by the GrownGaming team.  Leave a comment below with the game you’re most looking forward to for the remainder of the year!

John Santina: 2019 has already got off on a good foot, with Metro Exodus and Resident Evil 2 featuring highly on peoples playlists at the moment. Anthem is out and the Division 2 beta will have also whetted appetites as its release date creeps up.  And Crackdown 3, well…it exists.  I’ve heard it’s okay.  It’s not for me.

There are several great games on the horizon, too. Kingdom Hearts 3, Sekiro, Days Gone to name a few.  As for the one that I’m most excited for?  I’m going to be optimistic and say Cyberpunk 2077.

Now, Cyberpunk 2077 doesn’t have an official release date as yet (CD Projekt RED said that it would be 2019 at the very earliest) but I’m holding out hope.  Everything that I have seen of Cyberpunk so far has got me excited – I’m convinced that this is a game made for me and me alone (and a few other million, billion people, maybe).

Jonathan Birkenstamm: MechWarrior 5: Mercenaries is the game I am most looking forward to in 2019. There hasn’t been a numbered sequel in the franchise since the early 2000s. Watching the footage of gameplay reminds me of my MechWarrior 2 days back in the 1990s. I loved customizing my Mech and taking it out in the field to survive a Mech battle, not always surviving of course.

Hearing that MechWarrior 5: Mercenaries is releasing in September 2019 has me excited. I can’t wait to get my hands on this title, it looks authentic to the originals and hoping it is a worthy sequel to the franchise – even if it is almost 20 years later.

Jason Monroe: Half-Life 3?  But seriously, I can’t think of too many games that haven’t launched yet.  I guess if I feel like making myself hate life then Sekiro: Shadows Die Twice is probably one that has my mild interest. Star Wars Jedi: Fallen Order if I’m ready to place faith in a studio making a good single-player Star Wars game again (I’m not).

Aside from those, I’m hoping for a currently unannounced game to come along, because the rest of 2019 is looking uninspiring at the moment.

…and probably something I’ve forgotten.

Moshe Sweet: Without a doubt, my most anticipated game of 2019 is Rage 2. The original game had some pretty interesting mechanics and ideas but felt half-baked, to say the least, it was super short and it never really committed to any one direction.

Now with its sequel, Avalanche Studios seems to be punching it full-throttle with what looks like a way more ambitious project. The world looks way more interesting and alive and the combat seems to be absolutely chaotic and bombastic. But what really gets me most excited about Rage 2 is that it will probably be the closest thing to a Mad Max sequel we are gonna get.

Confirmed game: Days Gone
The SONY press explosion for the release of Days Gone is starting to ramp up, much like my feelings about the game. I have been following its development for a while and was fairly disappointed when I found out they were delaying the February release date until April. After a bit of time my disappointment subsided and am now happy in the fact that SIE Bend Studios (Syphon Filter) will now, hopefully, have the time they need to really make the game something special.

The aesthetic of the post-pandemic environment and horde/stealth-based mechanics looks insane and is right “up my street” in terms of what I look for & enjoy in a game. The game looks superb in my opinion, and seems, from my incessant youtube viewing, like a blend between Mad Max, the Last of Us & Far Cry.

Unconfirmed game: The Last of Us Part 2
What can I say about the sequel to arguably the greatest console game ever made? My feelings towards this game have been fairly subdued of late as I am aware that it is still deep in development. Every now and then during a big game conference, more information is released usually along with a trailer and it is at this point I begin to emotionally crumble. Anyone who has played the first game will know that you are put through the meat grinder a few times in terms of your emotions.

I have so many questions.  Where is Joel? What has Ellie been doing since the last game? What new antagonist will come to the fore? And so on and so forth.

It is this uncontrollable bout of questions that I have that how super-excited I am for this game. Naughty Dog have knocked it out of the park with their last 2 releases. The Last of Us and Uncharted 4 were superb titles, with The Last of Us being my favourite videogame of all time (currently).

Will the sequel steal that title? History may be on its side in some respects with the birth of new technology and better motion capture etc. Who knows?  Only time will tell. All I know for certain is……I WILL be a mess at the end of part 2 much like I was during part 1.

What games are you most looking forward to later this year?  Leave a comment, below!