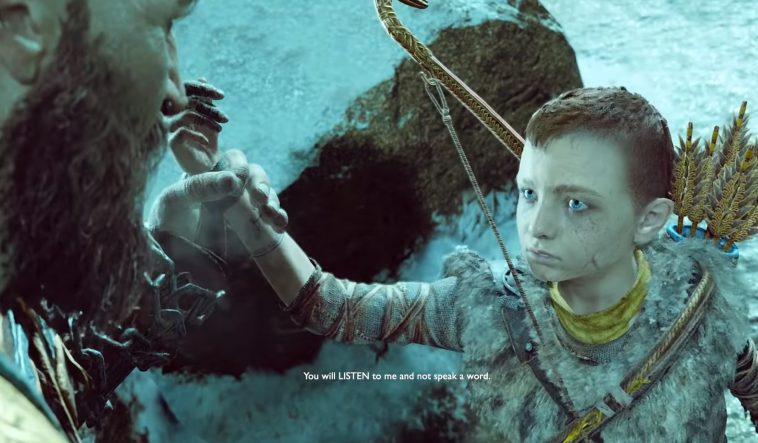 BY FERNANDO ARREOLA: Where are all the overly-aggressive sport gamer parents?

There’s nothing worse than the angry sideline parent. A mom or dad yelling at coaches, other parents, and children, including their own. They drag their kids to every practice and spend every dollar on a hobby that the kid might not have chosen and might not even enjoy.

Well, this stereotype is not just for soccer moms and football dads. There’s pageant moms, drama parents, recital fathers, and dance moms. And much more. Parents that are completely defined by their kids’ involvement in extracurriculars. Showing an interest is great. But the problem is when parents’ investment results in pressure and stress for the child and, at worst, exploitation.

So why are there no angry gamer parents? Yelling at our kids to remember to strafe. Or not so nicely telling the people online to take it easy on our scrub son. Or even emailing the developer saying their game isn’t fair because our kid is too good to keep losing.

I don’t think this is necessarily going to happen but I do think it will be fun to explore the reasons why this hasn’t and if it could happen in our favorite hobby.

I focused on three main reasons for toxic parents: social pressures, tangible rewards for success, and a desire to share something with our children.

Keeping a reliable friend group is hard as a parent. But your kid’s extracurriculars are an instant social group. The problem is when social pressure leads to toxic competitiveness.

You want your kid to be the best on the team (or at least better than David’s kid). Or maybe you want to be seen as the most involved parent. The one that puts in the most time and money into their child’s success. Either way, this social investment can lead a parent to treat the activity as their own competition.

A gaming parent could act this way. After all, most of us are competitive. But when do parents and kids meet up to game? While researching, I found many examples of “gaming little leagues”. One example is gamerleague.org, where 8 to 10-year-olds play Splatoon 2 while their parents have a chance to enjoy refreshments and socialize.

In this case, it would only take our competitiveness to kick in for some toxic behavior just like those football dads. We could find ourselves saying: “I don’t want to look bad in front of our friends, so Timmy, you have to work on your healing prioritization.” “Susan, your daughter has been using that overpowered gun that shouldn’t even be in the game a little too much.” “I bought my kid the highest rated (most expensive) mouse because I really care about how he does,” implying that other parents don’t.

Sounds kinda ridiculous when you put it in words but I’ve seen a lot worse said on the soccer field. Once gaming leagues become more common, it’s our responsibility to focus on fun. Not what we gain from our kid being the best.

Another reason for overbearing and emotional parents is their expectations for the kid to live up to their dreams of a glamorous life. They damage their kids for their own greed.

Of course, we want our kids to be successful. Putting them into activities and lighting a fire under their ass to meet their responsibilities is part of good parenting. We might even see some potential in them becoming well known and making real money. Pressuring them to go to all the practices and do better every game or recital so they can get good enough to become rich and famous. So that we can become rich and famous. Sounds too scummy but this is a serious problem in Hollywood – there have to be laws protecting child actors from their own parents. But I don’t think gaming is set up for child exploitation in this way.

Now, I hope my kid will be a platforming god, performing flawless Super Mario World speedruns while blindfolded. But I don’t have any real expectations to come out of it. Right now, there just isn’t much to gain from gaming outside of esports built around a handful of specific games. I can’t be disappointed that my kid isn’t filling arenas full of platforming fans because the opportunity doesn’t exist.

What if one day there are widespread professional leagues for every genre of video game? Other countries definitely have more opportunities for a career in gaming and it seems that it could be the way of the future. UC Irvine already has a team and scholarship opportunities. If there’s money and fame involved, there will always be exploitative parents putting pressure on kids to keep a rigorous routine. Some might be already working on their kid being the next to win $3 million in a Fortnite tournament.

So, it’s our jobs as parents to keep our expectations reasonable when more opportunities exist, and fostering their interest, not ours. Even if we think they can be the best, it’s their personal growth that’s important.

Wanting to bond with your son or daughter over things you like is a huge emotional investment and can lead to frustration.

There’s probably something your parent is really into but you aren’t. For my dad, it was important for all of his sons to play soccer. It was less of a sport and more of a necessary part of life that defines you as a person. He put me in two seasons a year without giving me a choice. I hated every second. This created a lot of resentment in our relationship because I hated him for making me do something I didn’t want to do and he hated that I didn’t try to enjoy something so important to him. Leading to a vicious cycle of him adding more pressure which made me reject it more.

As gamers, what else could we want but play through a couch co-op game with our daughter or son? Solving puzzles in Portal 2 or making them want to punch you in Mario Kart. As adult gamers, gaming has taught us so much about the world and ourselves. Having ourselves grown up with it and being shaped by it, it seems essential to growing up. But what if your kid doesn’t like your favorite games or what if they don’t like video games at all? It sounds ridiculous because gaming is actually fun to us, but to my dad, somehow soccer is fun.

Of course, It’s important to have something to bond over but the goal should not be to make them like the thing you like. Even if my dad is the athletic type and I’m the sensitive nerdy type, we found some common ground working on cars. It’s again about fostering your child’s interest and finding what you both can enjoy.

I Think We’ll Be Alright

The gaming world is quickly changing. Its mainstream appeal has made it a career that the most passionate can excel in. This alone will change the landscape and our expectations as parents. We’re going to need to keep our competitiveness away from our kids, to try not to gain anything from their success, and listen to what they want.

In the media, gamers are portrayed as toxic, rageful people but I don’t think we’re that easy to generalize. Everyone is playing games now, potentially even parents with these toxic tendencies. But as a new community of parents that want their kids to play games grows, we can stomp out these negative practices before they begin.